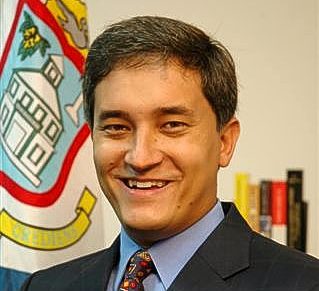 PHILIPSBURG–The victimisation of St. Maarten by the Dutch Government continues in the latest appointment of a quartermaster for the so-called Integrity Chamber without a law even being in place, said United People’s (UP) party leader Member of Parliament (MP) Theo Heyliger.

That victimisation is extended also to Heyliger personally. “My name, my reputation and determination to do more for St. Maarten are constantly covered in a fog not of my doing,” Heyliger said. “This fog, covering not only me but St. Maarten, has been built by the Dutch as the premise for their ongoing call for the overseer chamber,” he continued.

“The Dutch have pumped money into an investigation team or as I call them the ‘gestapo’ of St. Maarten, to bring down anyone who they perceive to be standing in their way of making St. Maarten an outpost in the Caribbean for their civil servants and others who can’t be placed in Holland,” said Heyliger.

The UP leader said the way St. Maarten is dealt with is simply abusive. He said, “It is an abusive relationship. The Dutch could and should live up to their promises made to successive governments about debt write-off and assistance to boost the justice chain for example. What have they done instead? They have found yet another way to hold St. Maarten back from progress.”

Heyliger said 19 years after the death of his grandfather the late Dr. Claude Wathey, he and his family are still feeling the sting of the Dutch. “I have a target on my back. It is even my understanding that the Dutch intend to do all in their power to prevent me and those who really have St. Maarten at heart from making this country better,” he said.

By all in their power, Heyliger said he means the Dutch may well intend to target him the same way they did his grandfather.

The late Dr. Wathey was investigated and imprisoned after a lengthy investigation. “This, I am convinced, led my grandfather to his grave early. And for what reason? He was too progressive and had the betterment of his people at heart. I learned love for my island and the St. Maarten people from him. This is why I never backed down from public service,” said Heyliger.

“Maybe, just maybe, they intend to do the same to me as they did my grandfather. Like him, I want to see my people progress and not be reduced to what we were in the days of picking salt – breaking our backs under the sun for a colonial master,” said the UP leader.

“Dr. Claude Wathey was my grandfather. My connection to him is in my blood and the persecution he faced in life has now been transferred to me by the power who hold our country. I am his grandson. It is a fact that cannot change,” Heyliger said.

“St. Maarten is no longer a democracy. The people can choose for their elected officials and right after the Dutch and their local supporters decide who really should be in office. I keep asking ‘why have elections?’ Let the Dutch appointment their civil servants to administrate the country. Let’s revert to days of slavery and the decades after, before St. Maarten found her way to forge her own development,” the UP leader said.