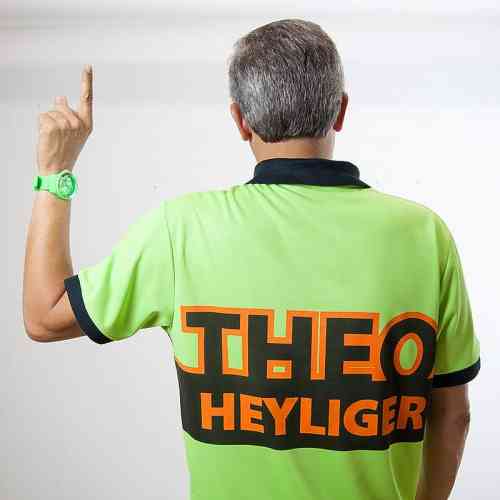 PHILIPSBURG–Suspended Member of Parliament (MP) Theodore Heyliger will be facing two days in Court this week, as preliminary hearings in the “Catfish” and “Larimar” investigations are scheduled for Thursday, October 24, and Friday, October 25, respectively.

A preliminary hearing in the Catfish investigation, in which Heyliger and co-suspect J.M.S. are the main suspects, will take place on Thursday. This investigation started in March 2013 after former MP Romain Laville filed with the National Detectives an official complaint of attempted bribery to “jump ship”.

Heyliger and J.M.S. are both charged with having attempted to bribe Laville during the period of September 1, 2012, to July 25, 2013. The suspicion is that both made various promises to Laville with the intention that he would give up his seat in Parliament, thus withdrawing support from the then-Wescot-Williams II Cabinet.

Sums of money ranging from US $135,000 to $350,000 allegedly were promised to Laville. A parcel of land along with a ministerial post in the then new Cabinet to be formed were also offered, all of this if Laville “obliged by giving up his seat in Parliament,” according to the Prosecutor’s Office.

Heyliger, his stepfather G.P., former Windward Roads Director J.B. and suspect R.E. already had their first day of proceedings in the so-called Larimar case during a procedural hearing in the Court of First Instance on May 27.

The Larimar investigation, which involves corruption, money-laundering and payment of bribes to a public official and civil servants in St. Maarten by construction companies to be awarded big projects, will continue Friday.

In this investigation, Heyliger is accused of receiving in total approximately $4 million over a period of 15 years while holding public office as a minister, an Island Council member or as an MP. He is suspected of having used his influence to facilitate the awarding of one or more public works contracts to Windward Roads in return.

Co-suspect J.B. also faces an extensive list of charges. The first two relate directly to the amounts mentioned under the first charge against Heyliger, including the payment of in total some $1,847,685.24 and the repairs done to Heyliger’s private home to the tune of NAf. 135,292.88, to be awarded one or more public construction projects.

He is also accused of falsifying numerous invoices over the period June 17, 2013, to December 31, 2015, to pay a number of companies a total of $627,726.76 for fictitious work never carried out on behalf of Windward Roads.

During the May 27 hearing, Heyliger’s lawyer Eldon “Peppie” Sulvaran said he found it strange that the main witness in the Larimar case, Dutch consultant R.M., is getting a “sweet” deal by staying in the Netherlands and not facing criminal court at the same time and place as his alleged “clients”.

Sulvaran requested that R.M. come and face trial in St. Maarten, as he is a major witness as well as a suspect. The judge agreed with Sulvaran and ordered suspect R.M. be present for the next hearing. However, R.M. is not among the suspects to be heard during Friday’s proceedings, according to a list provided by the Joint Court of Justice.

Thursday’s and Friday’s hearings will both start at 9:00am.