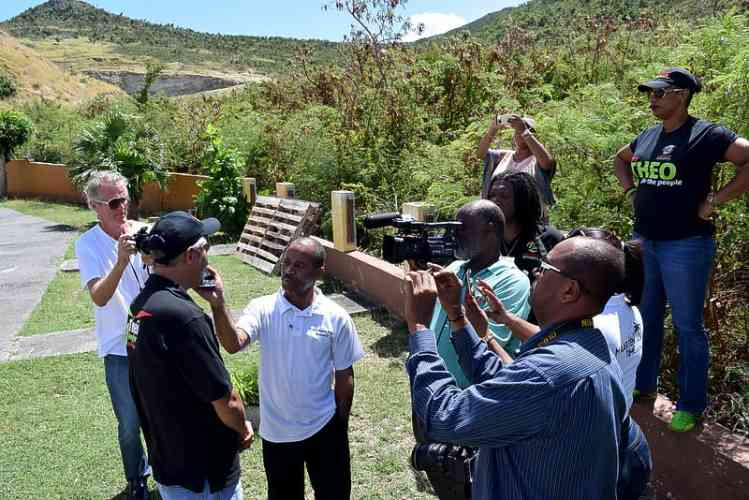 PHILIPSBURG–The people have called on their political leaders to work together as much as possible to rebuild the country, said United Democrats leader Member of Parliament (MP) Theo Heyliger following the results of Monday’s snap election.

“A clear mandate to one party was not what the people decided for and Parliament is the people’s choice. Instead, the people have chosen to give the United Democrats the most voters, but have sent a message to all of us that more teamwork is what they require at this juncture in the country’s recovery,” Heyliger told The Daily Herald.

United Democrats earned seven of the 15 seats in Parliament, one short of a full majority. This means the party, a merger of Heyliger’s United People’s (UP) party and MP Sarah Wescot-Williams’ Democratic Party (DP), has to seek a coalition with either National Alliance (NA) with its five seats, United St. Maarten Party (US Party) with two seats, or St. Maarten Christian Party (SMCP) and its lone seat.

Asked about United Democrats’ preferred coalition partner, Heyliger said, “The best choice is the party or parties who have St. Maarten’s recovery at heart and that are willing to make the tough decisions to reboot the economy, create jobs and provide for the people.”

He said he has been an advocate for a national government and had even promoted this idea after Hurricane Irma slammed into the island on September 6, 2017.

“I, along with Ms. Wescot-Williams and the other candidates on the slate have one united goal: rebuilding this country, pulling her back on a strong footing and re-securing her position as a leader in the Caribbean,” Heyliger said.

He congratulated the leaders, candidates and support of NA, SMCP and US Party on their showing at the polls. “The United Democrats look forward to working with everyone in and outside of Parliament. Those elected as MPs are the people’s representatives and must do their best for the country,” he said.

Heyliger commended United Democrats supporters on their commitment and dedication to the party. “We may not have gained the solid eight you hoped for, but this was definitely a major win for St. Maarten. You have made your voice heard and for that we, the candidates, thank you,” he said.