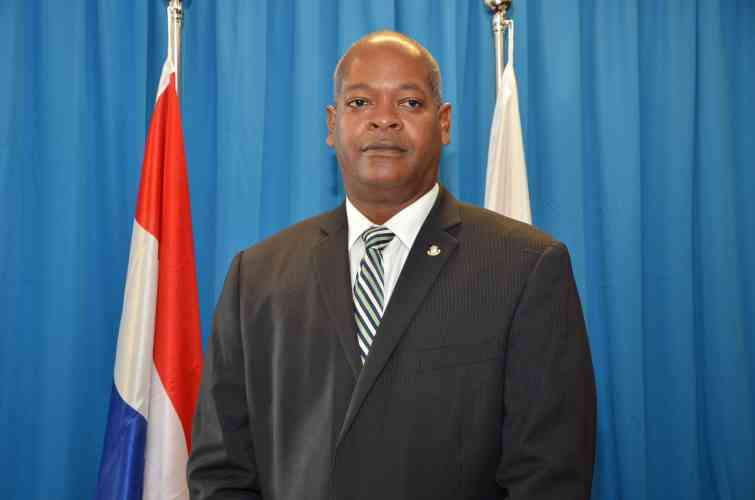 In a candid letter to the minister on March 4, the family members claimed that when Theo’s wife Grisha Heyliger learned about her husband’s extended days in prison last week Friday, she called the police station to request permission to deliver clean clothes and medication for Theo so that he can manage his pain caused by the medical condition of gout.

According to the letter, Grisha called numerous times, but the calls to the station were supposedly “blocked” and she was unable to contact anyone at the police station.

Furthermore, local guards were replaced with Dutch law enforcement who told Theo he had five minutes to collect his belongings before he would be flown to Bonaire. This move was not communicated to Theo’s lawyer or family, as they had requested that Theo be moved to the prison at Pointe Blanche, stated the letter from the family to the minister.

“Given the unsanitary and inhumane state of the prison cells that Theo was already forced to stay in, it is extremely concerning that the Dutch officers took Theo to the airport without his medication and in his dirty clothes. We believe that removing Theo to a foreign land and neglecting Mr. Heyliger’s medication was a calculated method to remove the local guards and have the opportunity to interrogate Theo without oversight.

“Theo’s inability to access his gout medication in this stressful time means he is most certainly experiencing pain related to his illness. Reports from a passenger on his Divi Divi Air flight to Curaçao confirm our fears, as he was seen limping in pain. Anyone familiar with gout knows that when it is not treated, the flare-ups can be excruciating,” stated the letter.

“By relocating Theo without notice to a foreign land and stripping his access to clean clothes and critical pain-management medication during interrogation, we are forced to question the intentions of the Dutch law enforcement officials. These actions are the same as how Holland treated the ‘Old Man’ [Theo’s grandfather Claude Wathey – Ed.] in the 1990s when he was unfairly sent away to Curaçao. We believe that these actions are in violation of Theo’s human rights and amount to physical and mental torture.”

The family is demanding that the minister of justice immediately investigate why the Dutch investigators did not give Theo the dignity of receiving clean clothes and necessary medication, and an immediate end to all interrogations until a medical doctor verifies Theo’s health and wellbeing.

“We are holding you and the Dutch government responsible for Theo’s health and immediate investigations as to why the unavailability of cells in Pointe Blanche was announced by the Dutch investigators and not by you as Minister of Justice when making the decision to extend Theo’s pre-trial detention,” stated the family in the letter.

They also want an investigation into the legitimacy of the transfer to Bonaire. How is it possible to remove a citizen from his country, people and culture under the cover of darkness and place him in a prison in Holland? they asked in their letter, and if Bonaire is part of BES [the BES islands], a Caribbean province of Holland.

“Theo is the largest vote-getter with a mandate from the people and a critical part of this government. If it is true that the Pointe Blanche prison was at capacity, why would Theo not be placed under house arrest? Why kidnap him from the island and fly him 532 miles to Bonaire?

“This tactic is similar to when political prisoners in South Africa, like Nelson Mandela, were shipped to Robben Island. Even brutal dictatorships like Venezuela’s Maduro have placed political prisoners under house arrest. Surely, a so-called first-world country like Holland could follow Maduro’s suit,” according to the March 4 letter addressed to the minister of justice.

The family said they had learned that over the years, Holland allegedly has spent approximately 20,000,000 euros investigating Theo, when all they had to do was ask him to come and answer questions. If they had done this, 20,000,000 euros could have been spent on building schools and repairing the damage caused by Hurricane Irma, they said.

“It is time to end this witch-hunt on Theo and restore political autonomy to our country of St. Maarten,” stated the letter.

The letter was signed as members of the Wathey family.