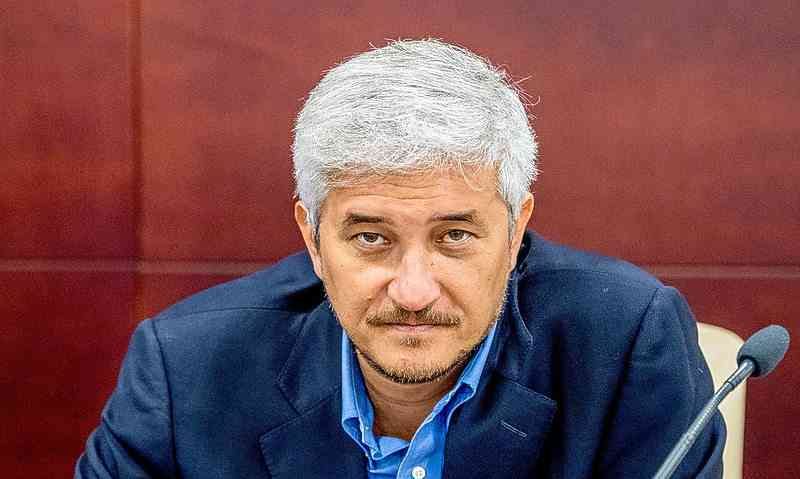 PHILIPSBURG–Detained Member of Parliament (MP) Theodore Heyliger’s stay in the Philipsburg police station holding cells should be considered torture and inhumane, according to his lawyer Eldon “Peppie” Sulvaran on Thursday.

“This article protects all citizens against torture and inhuman and degrading punishment. Theo Heyliger, from the 19th of February 2019, up ’til today is being held under inhuman and unacceptable circumstances. The ECHR condemned the Kingdom of the Netherlands for the detention of people in these filthy police cells of St. Maarten,” said Sulvaran.

“Heyliger is being detained in even worse circumstances. The walls of his cell are plastered all over with human waste, with words written in human poop. Thick stripes of human shit, to use the right word, are clearly visible on the walls. This is also the case with hardened toilet paper containing the same human disposal, which was thrown against the wall by former occupants of the cell. As the bed is against the wall, this waste comes falling down on his bed.

“The douche cell is very filthy; moss has turned into a dirty black mass on the floor of the cell. Insects and rats swarm the cell like they own it.

“The first ones responsible for this inhuman treatment are the magistrates mainly flown in from Holland, who keep ordering and approving the detention of suspects in these cells, instead of watching over basic human rights. For decades they refuse to comply with their legal obligation.

“It is completely impossible that, for example, in Holland Mark Rutte or any other human being could be detained in a cell like this. When the Kingdom was sentenced last year in the above-mentioned case, the finger was unjustly and immediately only pointed at St. Maarten.

“There was not one St. Maartener involved in the violation of article 3, just as there is no St. Maartener now involved in the prosecution of Theo. It is these guest magistrates, who order the detention and for years refuse to intervene and protect basic human rights of the people, even though different international organisations for decades have called the situation in these cells ‘totally unacceptable.’ These imported magistrates on the island still consciously play blind and deaf.

“Magistrates are the first ones called upon to uphold fundamental human rights. Not in St. Maarten.

“We have one Kingdom and article 3 of the Treaty of Rome has equal validity in all the parts of the Kingdom. Don’t get us wrong, this has nothing to do with the fact that Theo is being investigated and prosecuted by authorities. It is about much more than that. It has to do with safeguards against abuse of power – by people who should know better – which is a fundamental human right.

“No human being should be locked up under these filthy circumstances. That we use the case of Theo to bring this forward is partly true. It is also true that we have been fighting this unacceptable mentality and misuse of power during our whole career.

“We won’t deny that somebody like Theo will get more attention and creates the ideal situation to bring this barbarism committed by people who have to be an example to others to the attention of the general public. This abuse by these magistrates has to be stopped, because too many people have suffered, all because of their lack of assuming responsibility.

“Pointing the finger only at the Minister of Justice or country St. Maarten is a cheap excuse and does in no way whatsoever relieve these magistrates of their duty to protect human rights of all the people of St. Maarten, including Theo. The ones who are not willing to protect basic human rights don’t deserve to work on our islands and should look for another job or take the flight back. It’s as simple as that.”

Heyliger will hear today, Friday, whether his detention is being extended or suspended. Heyliger’s supporters will gather from 8:30am to show backing for him.

Heyliger was arrested by the Anti-Corruption team TBO on February 19. The Prosecutor’s Office is holding him responsible for accepting bribes of US $300,000 in 2011 when he was a minister.