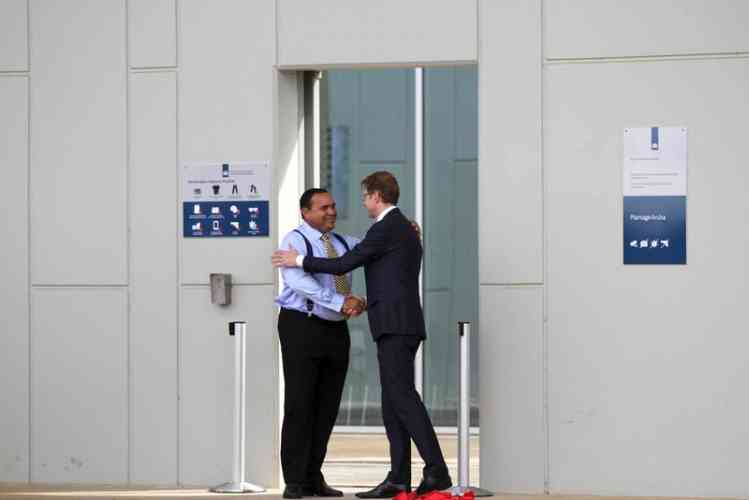 Opening of new prison on Bonaire.

PHILIPSBURG–The Court of First Instance Judge of Instruction ruled on Thursday to keep suspended Member of Parliament (MP) Theodore Heyliger in pre-trial detention for eight more days. Heyliger’s lawyers are still waiting on the court to get a hearing to reverse the MP’s detention in Bonaire.

Any suspect can be held up to two days from the moment of he or she is detained. After that, the judge of instruction can agree or disagree with the Prosecutor to extend the suspect’s stay behind bars to 8 days, followed by another 8, followed by 8 more days, and when that time has expired can move the detention up to 60 days, and eventually, if the investigation is still ongoing, another 30 days.

Based on the country’s laws, by then the case has to be presented in court, even if it is just a pro-forma hearing where parties present what their intentions are.

The Prosecutor’s Office expects the capacity issues at Pointe Blanche to deteriorate further in the coming weeks, as Curaçao has announced it will be sending seven prisoners back to St. Maarten.

While the situation at the Pointe Blanche prison is not ideal for any prisoner, differentiation is made between individuals with an irrevocable conviction and those in pre-trial detention.

Heyliger was held in pre-trial detention at the Philipsburg police headquarters in interest of the ongoing investigation; he had been arrested on February 19. The Prosecutor’s Office said via its spokesman on Friday that Heyliger could not stay longer at the police station, as it would violate the human right to humane detention. Therefore, as a solution, he would be housed in Bonaire, which was the closest facility to St. Maarten with sufficient capacity. The office said this measure is a temporary solution.