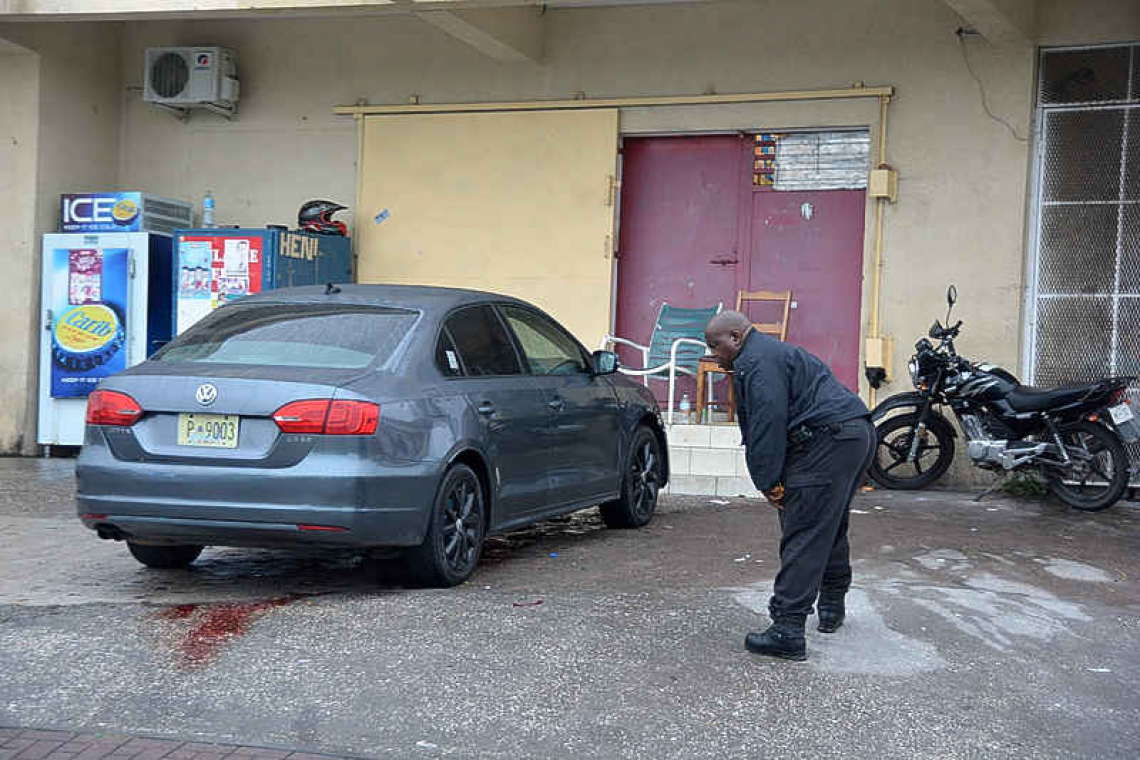 A police official investigating the scene of a failed contract killing in Middle Region on October 28, 2019. (File photo)

PHILIPSBURG–The Joint Court of Justice will be hearing the appeal of Shaville Azeem Tarez Parris in Curaçao, September 8-10.

Parris, also known as “Heart”, was sentenced in October 2020 to life imprisonment for his involvement in four contract killings between June 2018 and January 2020, and for gun possession.

The getaway driver in one of these hits, Felito Akim Rombley, received eight years in prison.

Parris was also found guilty of attempting to murder some five other persons, as well as gun possession.

The Prosecutor’s Office is holding Parris and Rochon Jamal Keilon Ramsahai (22), who on Thursday, July 15, was sentenced to 30 years by the Court of First Instance, for main players in a “professional murder team.”

Ramsahai was convicted of shooting and killing two men, one of whom was his accomplice, in a broad daylight shooting outside a supermarket in Middle Region in October 2019. He was also sentenced for the attempted murder of three other men at the same time and location and for the attempted murder of yet another man in Madame Estate in January 2020.

Authorities heard Parris and Ramsahai on the wiretap from November 2019 to January 2020 discussing buying guns and ammunition and putting targets under surveillance.

The tone in which the “liquidations” were discussed was “shockingly casual” the Prosecutor’s Office stated. On one such tap, Ramsahai, speaking to his fellow convicted hitman, said, “Let’s go drop that fast so we can lime later.”

They even discussed not getting paid for failed executions. “Ain’t making no money nuh dawg,” Ramsahai was quoted as saying by the Prosecutor’s Office.

Investigations found that the two hitmen had “plenty” of weapons at their disposal, including a semi-automatic rifle and a Kalashnikov automatic rifle, the Prosecutor’s Office said.

Parris and Ramsahai also planned at least three more hits that never came to fruition, including one around December 5, 2019, and a second on January 7, 2020.

“The Prosecutor’s Office continues to demand stiff penalties for (attempted) murder and the use of illegal firearms.

“The heinous crime of murder robs families of their loved ones and takes what is most precious to the victim – his/her life. St. Maarten society should not have to endure the trauma inflicted by these horrendous acts of violence and, for this reason, the Prosecutor’s Office finds it important for murderers to face punishment for their crimes,” the Prosecutor’s Office said in a statement in response to Ramsahai’s conviction.

It was not explained why Parris’ appeal hearing will be taking place in Curaçao and not in St. Maarten. He is currently not detained in Curaçao.