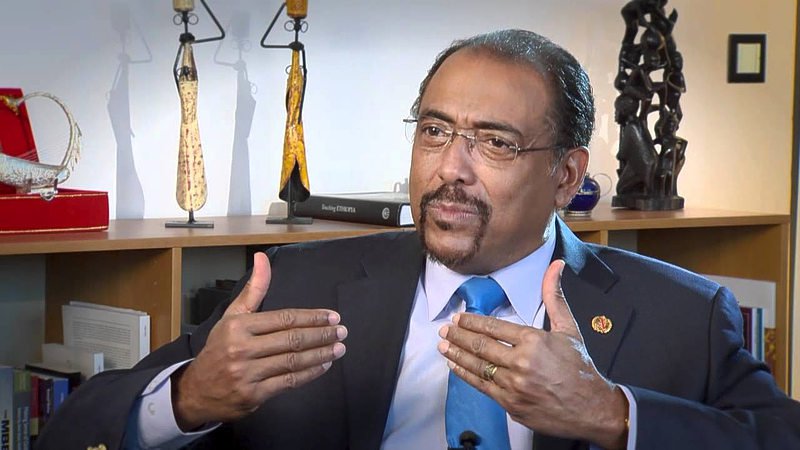 GENEVA–The United Nations says HIV infections among adults in the Caribbean has risen, warning also that the decline globally among adults has stalled for at least five years. The Joint UN Programme on HIV/AIDS (UNAIDS) Prevention Gap Report, issued here on Wednesday, reveals that “after years of steady decline, the Caribbean saw a nine per cent rise among adults.”

In launching the report, UNAIDS Executive Director Michel Sidibé told reporters that, globally, new HIV infections among adults and children have been reduced by 40 percent since the peak in 1997,but lamented that the decline among adults has stalled for at least five years.

The report reveals that an estimated 1.9 million adults have become infected with HIV every year for at least the past five years and that new HIV infections among adults are rising in some regions.

The UN said the Caribbean is second to sub-Saharan Africa for the prevalence of HIV infections.

“We are sounding the alarm. The power of prevention is not being realised. If there is a resurgence in new HIV infections now, the epidemic will become impossible to control. The world needs to take urgent and immediate action to close the prevention gap,” Sidibé said.

He said new HIV infections among children have declined by more than 70 percent since 2001, and are continuing to decline.

The UN said that, in 2014, key populations, including gay men and other men who have sex with men, sex workers and their clients, transgender people, people who inject drugs and prisoners, accounted for 35 percent of new HIV infections globally.

“It is essential for key populations to have access to the full range of HIV prevention options in order to protect themselves and their sexual partners from HIV,” the UN said.

The report highlights that the major hopes for antiretroviral therapy to have an impact on preventing new HIV infections are starting to be realised, although the full benefits may not be seen for some years.

“Science, innovation and research have provided new and effective HIV prevention options, rapid diagnostics and improved treatment for HIV,” Sidibé said, adding “investing in innovation is the only way to secure the next big breakthrough – a cure or a vaccine.”

The data in the report, collected from more than 160 countries, “demonstrate that enormous gains can be achieved when concerted efforts are made,” the UN said.

The data outlines that, by 2015, some 17 million people had access to antiretroviral therapy, double the number in 2010and 22 times the number in 2000. UNAIDS said it will be calling on implementers, innovators, communities, scientists, donors and others at the 2016 International AIDS Conference, taking place, from July 18-22, in Durban, South Africa, to close the prevention gap. ~Caribbean News Service~

Source: Daily Herald
HIV infections on the rise in the Caribbean