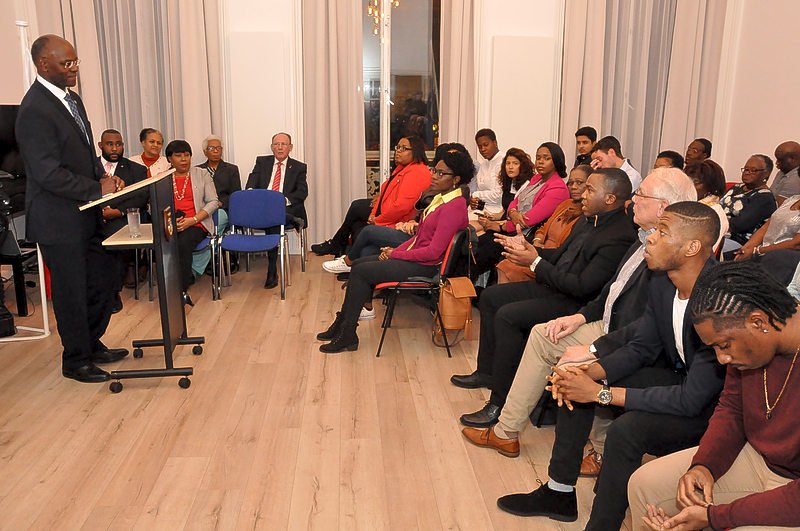 THE HAGUE–A Kingdom Disaster Recovery Fund with the input of all partners in the Kingdom to help mitigate the consequences of global warming – St. Maarten Governor Eugene Holiday made this suggestion during a meet-and-greet with St. Maarteners in The Hague on Thursday evening.