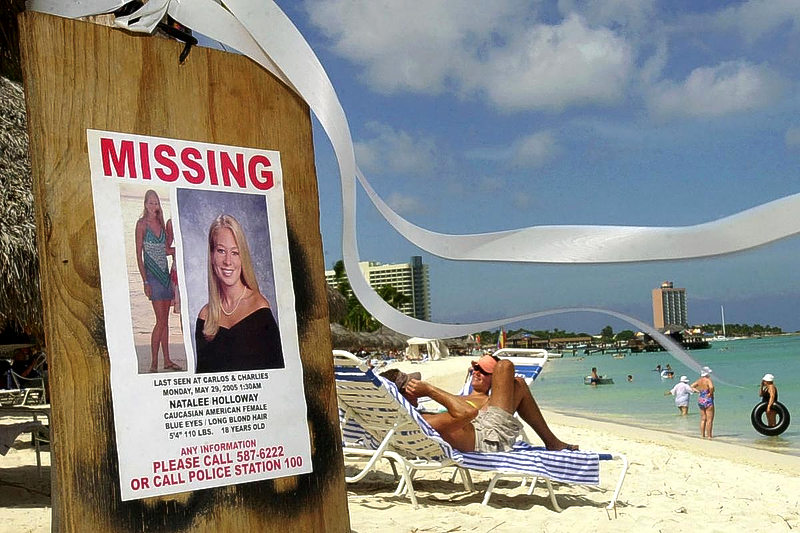 ARUBA–Natalee Holloway’s skull was burned in an Aruba cave in 2010, prime suspect Joran van der Sloot’s friend has said in a video. Holloway went missing on May 30, 2005, while on a high school graduation trip to the island.

The fifth episode of the Oxygen series “The Disappearance of Natalee Holloway,” aired Saturday, in which John Ludwick revealed what he and Van der Sloot did with Holloway’s remains.

The series chronicles her father Dave’s efforts to uncover the mystery behind his daughter’s disappearance and presumed death. Along with his private investigator T.J. Ward, he worked for months to find new leads in the case.

Ludwick agreed to give out details about Holloway’s death after an informant working with Ward recorded him saying that Van der Sloot paid him US $1,500 to dig up the girl’s body.

Three people are believed to have played a part in her disappearance – Dutchman Van der Sloot and two Surinamese brothers, Deepak and Satish Kalpoe. However, Van der Sloot was never charged due to lack of evidence.

In the clip shown on the show, Ludwick said Van der Sloot had initially discussed having Holloway’s remains cremated. Even though it was illegal to bring in human remains for cremation in Aruba, Ludwick said some morgues would cremate pets.

“The idea was to crush everything to the point where it wasn’t recognisable as her bones or skull or anything like that,” Ludwick said, explaining that he and Joran had spent hours pummelling the bones. “The only thing that got burned was the skull to burn the hair fibres. It was doused in gasoline in a fire pit in a cave.”

Earlier episodes revealed that Holloway’s remains were mixed with that of a dog and were cremated. Days later, the ashes were likely scattered off the coast of Aruba, from where the teenager went missing 12 years ago.

Dave’s 18-month long private investigation uncovered human skeletal remains at an undisclosed location in Aruba. Currently, these are being analysed to check if they are linked to the case. An initial test found the remains belonged to a single person of Caucasian and European descent, as was Natalee.

“We’re going to have statistical probability and a confidence level that this is Natalee or not,” forensic scientist Dr. Jason Kolowski told The Daily Mail last month. “We’re waiting on the lab to finalise the data, which they will deliver to me and I will try to turn the data around into results which I will then deliver to Dave.”

“Final DNA results are expected by late September or early October,” he said.

Holloway was legally declared dead in 2012 after Aruban authorities closed the case in 2008.

Van der Sloot is currently serving a 28-year prison sentence in Peru for the murder of 21-year-old Stephany Flores that took place five years to the day after Holloway’s disappearance.

“The Disappearance of Natalee Holloway” airs on Oxygen at 9:00pm EDT Saturday .