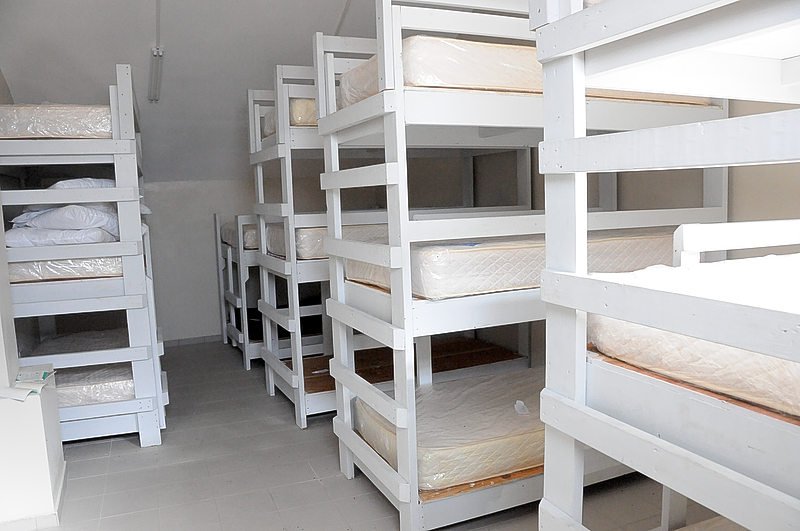 PHILIPSBURG–The Little League Stadium and the Festival Village became temporary shelters this week as some homeless and displaced St. Maarten residents moved in until December.

Two rooms have been allocated for 28 persons at the Little League Stadium. Woman and men are separated, according to shelter coordinator Joy Arnell.
Twelve persons are presently staying in the Festival Village and all homeless are expected to stay there until December this year at the latest. Arnell said a number of persons have been contacting her office, but she cannot provide the number of people who are homeless at the moment. “A maximum of 200 persons are estimated to be able to stay at the Village,” stated Arnell.
The village has 79 booths, of which eight sustained damage during Irma’s passing. The military engineers are working on fixing those booths. A container village is also an option after the Royal Dutch Navy logistics ship Karel Doorman returns in the coming weeks with more supplies for the country’s schools and to tackle the housing shortage with a number of shelter homes.
There is no official count yet of the number of homeless people on the Dutch side. Irma wrought widespread damage on both sides of the island, leaving residents to seek shelter with relatives and friends. Some 10,000 people, including vacationers, have evacuated from the Dutch side alone. The container village will be returned across the Atlantic Ocean when the last resident vacates it.