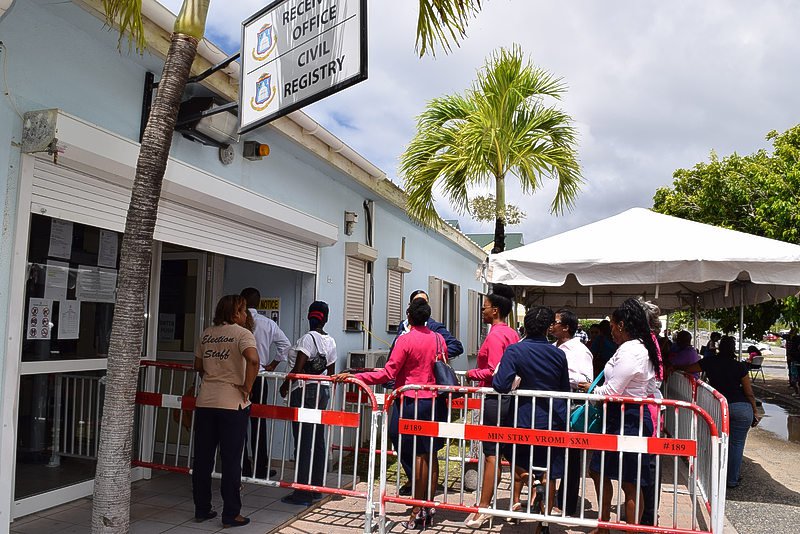 POND ISLAND–Helping Our People Excel (HOPE) fell short on Tuesday of the 146 signatures needed to get on the ballot for the September 26 Parliamentary election. HOPE was 80 signatures short of making it to the ballot at 4:00pm.

However, the party of three is expected to get another chance to muster support for its slate next week.

The Central Voting Bureau will examine the lists of candidates submitted by the nine parties on Monday and the endorsement lists of the parties that needed such. All parties will be informed on Monday, August 15, of the findings and whether omissions need to be remedied.

The Central Voting Bureau will grant political parties with one omission or more a period to remedy these. Not having all required signatures can be considered an omission.

In accordance with Electoral Ordinance Article 30, the Bureau will hold a public meeting to determine the validity of the lists, Bureau Head Jason Rogers said on Tuesday.

The other four parties that do not have a seat in the current Parliament secured their places on the ballot on Tuesday. A total of 146 signatures, representing one per cent of the valid ballots cast in the 2014 Parliamentary election, were needed by each party to get on the ballot.

St. Maarten Christian Party (SMCP) was the first to gain its place on the ballot alongside United People’s (UP) party, National Alliance (NA), Democratic Party (DP) and United St. Maarten Party (US Party), the four parties that were exempted from the endorsement procedure as they have seats in the current Parliament.

SMCP earned its place on the ballot at 1:00pm when the party received 165 signatures, and by the close of the day at 4:00pm, its total stood at 221. The party, headed by retired pastor Wycliffe Smith, saw a steady flow of people arriving at the Civil Registry when doors opened at 9:00am for endorsements.

Smith expressed satisfaction to The Daily Herald after learning his party had made it to the ballot. He said it meant volumes that the people had come out to support the party’s slate. “We will be canvassing more than ever and will be going door-to-door,” he said. 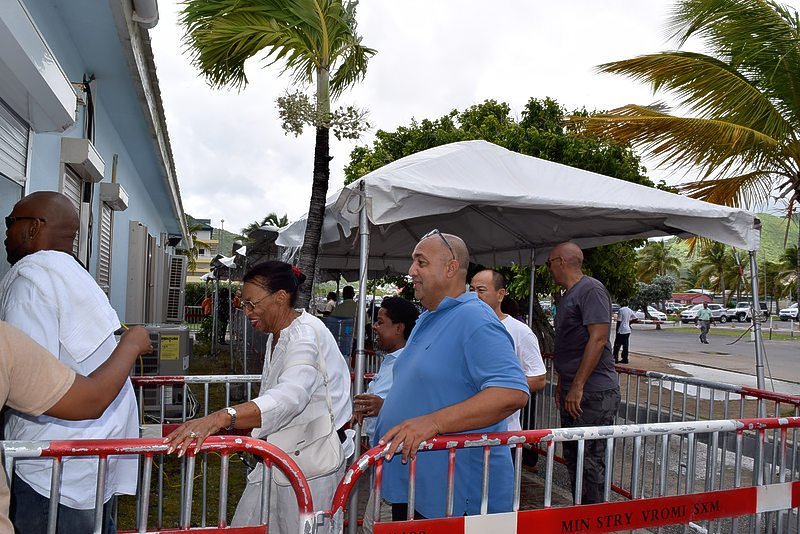 Next to gain a spot on the ballot was St. Maarten Development Movement (SDM) of facilities manager Benjamin Ortega. The party passed the 146-signature threshold after 2:00pm and ended the day with 191 signatures.

Ortega said the signatures received showed “we need that true change” and have confidence in the so-called “young boy party” of six candidates. SDM will continue to be “community focused,” “hardworking and dedicated” to bringing about change to the country. “We will be the voice of the people,” he said.

People’s Progressive Alliance (PPA) of former Member of Parliament Gracita Arrindell was informed of surpassing the required threshold after 3:00pm, much to the elation of its candidates and leader. The party with 14 candidates ended the day with 165 signatures.

Arrindell said the endorsement proved the people of the country “absolutely want change … and will get change” with PPA in government. She urged the electorate to put confidence in the party and give it more than one seat to be able make a positive difference.

OSPP of former Island Councilman Leonard “Lenny” Priest mustered 150 signatures with minutes on the clock. Priest said the party would make a difference from the “traditional” political parties. Unlike many other parties that disappear after elections OSPP has continued to bring issues to the attention of the people and Government.

OSPP contested the 2014 Parliamentary election with nine candidates, two less than this time, and received 168 votes. The party came in 37 votes ahead of Social Reform Party (SRP) of Jacinto Mock, who had run a one-man slate. 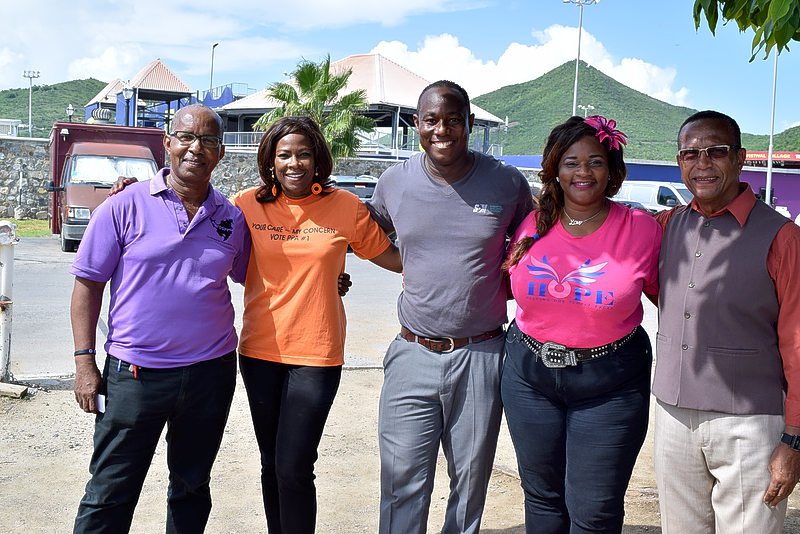 SRP, although still registered with the Main Voting Bureau, is not contesting the election. Mock is instead a candidate on the HOPE list, along with Mercedes van der Waals-Wyatt and Lucrecia “Loekie” Morales.

Van der Waals-Wyatt sees the need to get more signatures as “a challenge to overcome.” This setback “will not deter HOPE. … We have planted a seed,” she said. She called on people to come out and endorse the list when a new date is announced. HOPE “can offer a fair opportunity for change.”

Coincidentally, when Mock ran with SRP in the last election he was given a second opportunity to gather the required number of signatures to make it to the ballot.

All five parties worked hard on obtaining their signatures, taking to their phone books and contact lists after Civil Registry staff gave hourly updates on the signature count. Some parties sent out e-mail blasts while candidates made phone calls. And those present made an effort to court every person coming in to sign to rally their support.

The four parties that made it to the ballot on Tuesday were critical of the more established parties for their show of campaign paraphernalia decorating roadsides. They called it a waste of money that could have been spent to better the lives of the country’s needy.

Voters who showed up to support the party lists did not have to go to a specific window in the Civil Registry dedicated to each party as in the past. All windows were open and all lists were available for endorsement at each.

Several candidates, most visibly from UP, queued at the Civil Registry to give their endorsement to the newer parties.

The snap election has a total of 22,302 registered voters, nine political parties and 126 candidates vying for 15 parliamentary seats. Only one seat is vacant in the legislature. The other 14 MPs are running for re-election.

Although St. Maarten has a population of some 52,000, only 22,302 people hold Dutch citizenship and the right to cast a ballot.