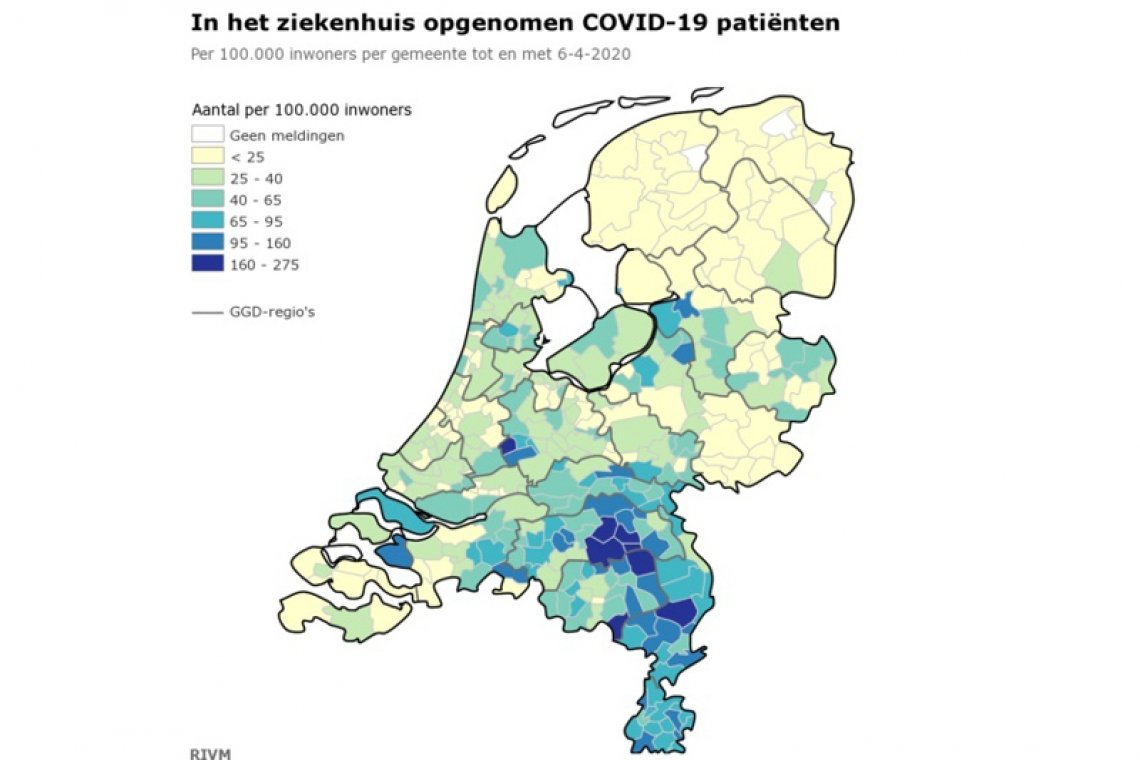 AMSTERDAM–The Netherlands has again reported a flattening rate of hospital admissions for coronavirus, the National Institute for Public Health and the Environment RIVM said in its latest update Monday. A further 260 people have been admitted to hospital, taking the total number of admissions to 7,135, the RIVM said.

In Sunday’s update, 253 new patients were hospitalised. In addition, 101 more people have died, giving a new death toll of 1,867. A further 952 people tested positive for the virus, bringing the number of positive tests to 18,803.

The number of coronavirus tests carried out in the Netherlands expanded considerably from Monday as local health boards start testing hospital staff.

The RIVM and blood bank Sanquin started a project to find out how far the virus has spread. Up to now, only hospital staff and patients with serious symptoms have been tested – and some 18,000 people have been found to have the virus. From Monday health boards started testing hospital staff at drive-in locations, Trouw newspaper said, while home nurses and nursing home staff can also be tested.

At the same time, Sanquin is running tests on some 7,000 blood donors while health boards will carry out tests on a further 6,000 people in a joint project to check where the virus is spreading.

The results of that project, due at the end of the month, will help officials decide if the current “intelligent lockdown” should be partially lifted, the paper said.

Currently labs have been carrying out 4,000 tests a day but that is being expanded to 17,500 and could be boosted to 29,000 if necessary, Minister of Public Health, Welfare and Sport Hugo de Jonge said last week.

According to news website Nu.nl, the number of labs equipped to carry out the test has gone up from 15 to 41 by including hospital laboratories in the testing network.

Virologist Ann Vossen told Trouw that testing has to be carried out with the aim of protecting vulnerable people and finding out what stage the epidemic has reached.

“If you test, there must be consequences,” she said. “Tests cannot be motivated simply by saying ‘I want to know.’ It should be a case of, ‘If I am infected, then I will go into quarantine, or possibly to hospital,’”, said Vossen.