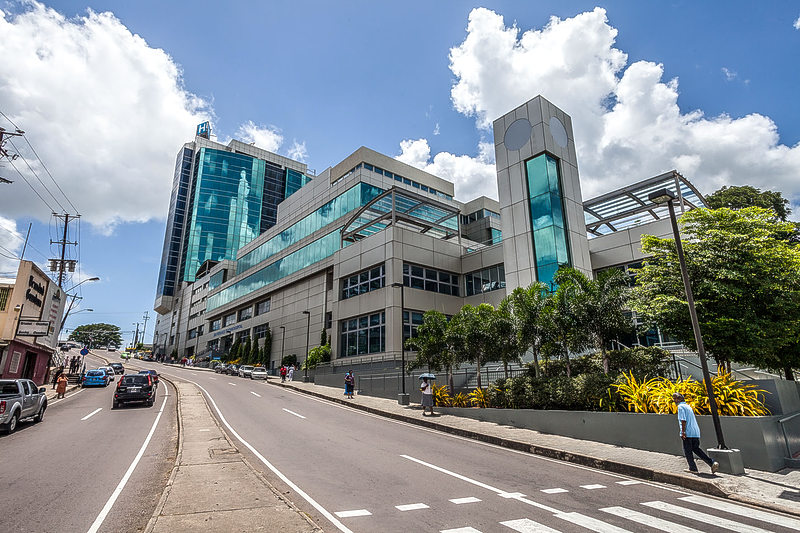 ~ Institutions have less than half of staff needed ~

PORT-OF-SPAIN, Trinidad–There is a “tremendous shortage” of staff, especially skilled medical staff including both doctors and nurses, at the public health institutions in this country, the Sunday Guardian has learnt.

The situation at San Fernando General, according to nursing staff there, has resulted “in long hours, excessive overtime, tired workers [and – Ed.] denial of legitimate leave” and this will “negatively impact the quality of health care to the population,” the National Workers Union (NWU) stated.

“This is unsafe and puts both nurse and patient at risk,” the NWU says.

The staff shortages are among a list of growing concerns currently plaguing the public health sector. Among the other issues are drug shortages at the Regional Health Authorities (RHAs), medical staff from Tobago staging a sickout over arrears and confusion over yellow fever vaccines.

Even as the shortage of specialists exists, more than 150 nationals who have already completed their internship as doctors at the public hospitals still remain unemployed.

These concerns were raised as the Sunday Guardian began an investigation in to this country’s public health care sector.

“It is time we take the bull by the horns and find the way forward to deal with these issues,” Chief Executive Officer (CEO) of the North Central Regional Health Authority (NCRHA) Kumar Boodram stated.

The NWU submitted a letter to the Dr. Winston Welch-chaired committee highlighting the situation of staff shortages in this country’s health sector.

The NWU lamented that “mechanisms must be put in place to fill the thousands of vacancies in the public health care system.”

“According to the official statistics, in the NCRHA there are at least 650 vacancies to be filled, and in the South West Regional Health Authority (SWRHA) there are 3,413 vacancies, 992 of them being nursing vacancies,” the NWU stated.

Member of Parliament for Fyzabad, Lackram Bodoe said at least 150 doctors in his area are hoping to be hired.

“My information is that at this time there are over 150 nationals, who having completed their internship and with the expectation that they would be engaged as House officers by the RHAs, are still unemployed,” Bodoe said.

He questioned why these doctors have not been employed since September last year.

Former Health Minister Dr. Fuad Khan said the issue of staff shortages in this country’s health sector will continue to persist until positions are created.

Khan said during his tenure as Health Minister he attempted to address the situation.

A Cabinet note was prepared to deal with the issue of the staff shortages in the health sector but Khan said he does not know what the latest development with regard to the situation is.

Contacted for comment, SWRHA CEO Anil Gosine admitted to a shortage at San Fernando General, but he said the ratio of 22 patients to one nurse, which was quoted, was “too high.”

“We have always had a shortage of registered nurses in the health sector of Trinidad and hence you would have found nurses being brought in from Cuba and in the past you would have had from places like the Philippines in the 1980s and 1990s,” Gosine said.

Gosine said there is a shortage of specialised nurses in this country including “theatre nurses” and “intensive care nurses.”

President of the Trinidad and Tobago Registered Nurses Association (TTRNA) Gwendolyn Loobie-Snaggs said she does not have “up to date figures.”

Kumar Boodram said there is also a difficulty in retaining specialist nurses at the NCRHA.

“We are still operating in an old establishment, but from then to now we have increased and expanded our services. As we speak there is a paper that is going before the board of directors for consideration for additional positions. The problem here does not lie in attracting the registered nurses; what we have is the inability to attract and retain specially trained nurses like operating theatre, neonatal and intensive care unit and even the district health visitors and therein lies in our problem. Getting the number of bodies to fill the positions is a problem,” he said.

There is also a shortage of specialist doctors at the Eric Williams Medical Sciences Complex (EWMSC), he said.

Boodram said while there are approved positions existing there are only a few people in those positions. ~ Trinidad and Tobago Guardian ~