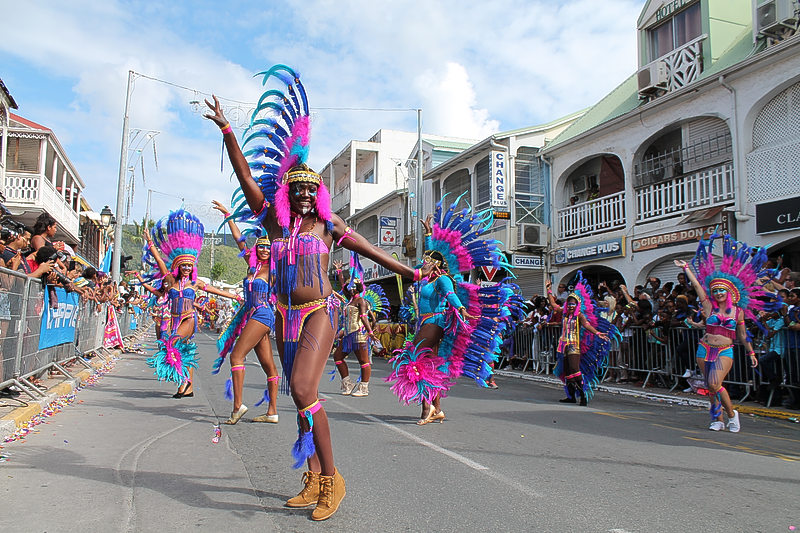 MARIGOT–Frederique Porier’s Hot N Spicy troupe emerged as the overall winner of Sunday’s Grand Parade while the Cultural Association of Sandy Ground took the overall honours for the Children’s Parade when results were announced in Carnival Village last night.

Winners were not on stage and trophies were not presented but an awards ceremony will be held later in March, the committee stated.

Hot N Spicy also won in the categories of Most Creative troupe, Best Costume, and Best Performance. It was no surprise that the dynamic Bacchanal Storm troupe won Most Energetic, Most Original and Most Disciplined prizes.

Bacchanal Storm added winning the Floats category with 182 points, with Hot N Spicy second with 142 points. In the Choreography competition it was Bacchanal Storm that really impressed the judges who gave them 326 points. Hot N Spicy was second (298 points) and Oxygene third (267 points).

The Cultural Association also won Most Creative, Most Original, Most Disciplined, and Most Energetic troupe as well as Best Costume. The Most Colourful troupe went to the Accueil Periscloaire combined schools of Emile Choisy, Anne Marie Leydet and Aline Hanson.

The Children’s Individual Costume competition was won by Nadilya Flanders with 276 points, Dhilana Dangleben was second with 260 points and Nakeolay Flanders third with 249 points.

Tonight is the Black and White Wet Fête II in Carnival Village starting at 8:00pm. The last night signals the end of Carnival for another year with the traditional burning of King Momo.