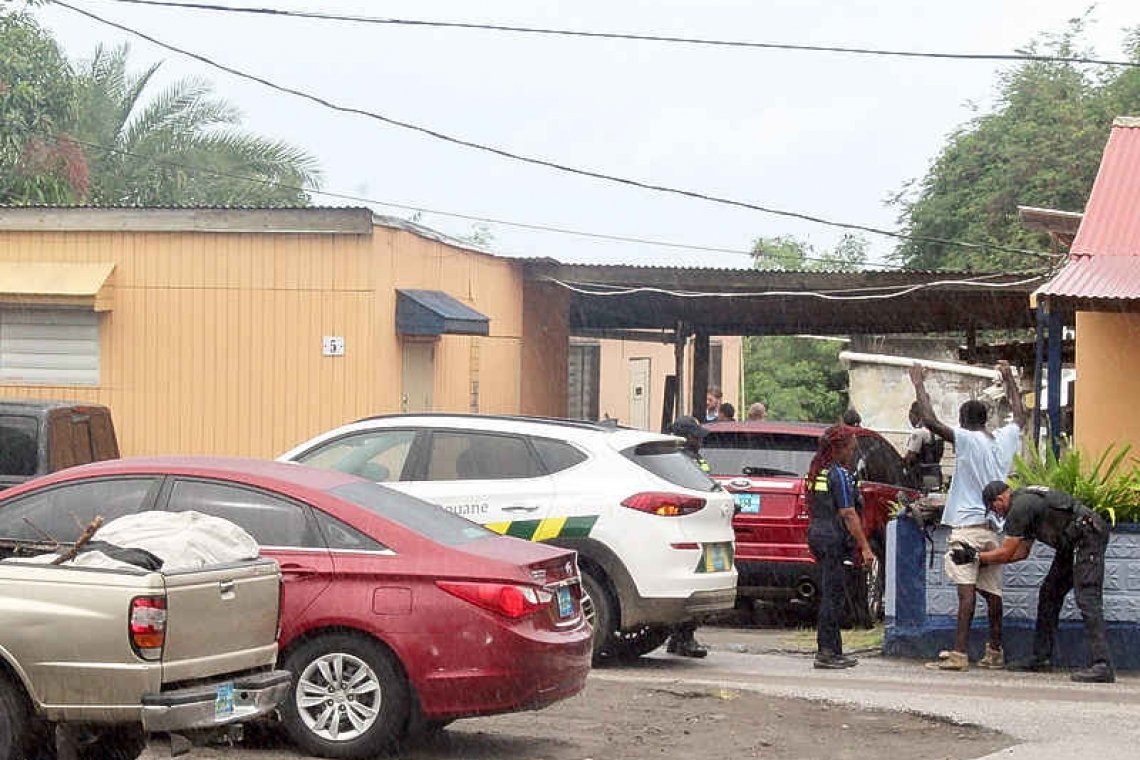 Officers body searching a man during a house search at De Windtweg in St. Eustatius on Friday morning in connection with an investigation into an attempt to smuggle marijuana and cocaine from St. Maarten.  ST. EUSTATIUS–On Wednesday, August 5, a woman with initials G.C.M.M. (30) was arrested at the port of St. Eustatius for violation of the Opium Act. The woman is suspected of smuggling of cocaine and marijuana from St. Maarten. The drugs were hidden in a vacuum cleaner.

A Customs officer on duty discovered the drugs during a routine control based on the contents of the package and the woman’s behaviour. The woman was arrested when Customs found 460 grams of cannabis and 190 grams of cocaine during the investigation. The suspect and the confiscated narcotics were handed over to the Police Force Caribbean Netherlands KPCN. The police are busy conducting a further investigation in relation with the case in cooperation with Customs.

As part of the follow-up investigation the house of D.H. on De Windtweg was searched on Friday morning, August 7. The house was searched by KPCN, Customs and the Royal Netherlands Marechaussee KMar.

During the house search marijuana plants were confiscated, as well as a syringe with an unknown substance, which will be tested at a laboratory.

During the search a man who exited the premises was searched and allowed to leave the area later.

The investigation is still ongoing and the Prosecutor’s Office may decide to arrest more suspects.