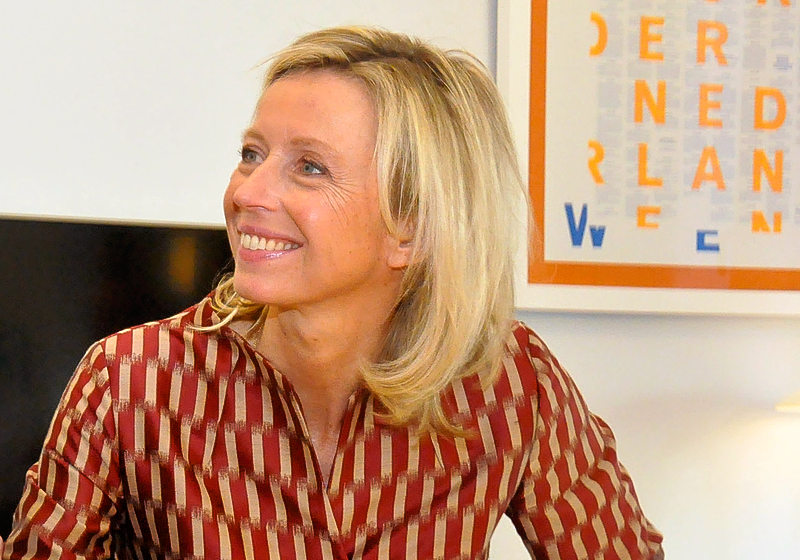 THE HAGUE–A solution is in sight for the group of St. Maarteners who have been staying in temporary shelters in Haarlem and Leiden after their evacuation in the aftermath of Hurricane Irma. A number of municipalities have responded positively to the request to supply housing for part of this group.

Dutch Minister of Home Affairs and Kingdom Relations Kajsa Ollongren stated this in a letter to National Ombudsman Reinier van Zutphen on Tuesday. The Ombudsman had asked the Minister for clarity about the group of displaced St. Maarteners who met resistance and downright refusal when they wanted to register, especially at Haarlem.
The St. Maarteners, more than 20 in Leiden and close to 20 in Haarlem, mainly women and children, are Dutch citizens and as such have a right to register at any municipality at any time, regardless of their housing or living situation, the Ombudsman had emphasized in his letter to the Minister last week. The St. Maarteners also should not be treated differently than Dutch residents moving within the Netherlands.
Minister Ollongren confirmed in her letter, of which a copy went to the Second Chamber of the Dutch Parliament, that the municipalities may indeed not differentiate between persons from St. Maarten with Dutch nationality and Dutch persons residing in Dutch municipalities, where it concerns writing into the Civil Registry.
Ollongren explained that Municipalities can proceed to write into the Civil Registry when people from St. Maarten with the Dutch nationality ask for such. However, it is up to the municipal authorities to take a final decision based on the individual circumstances.
“It remains a decision of the municipality whether to register or not, not of the persons who report themselves with this request,” she stated. Requests of persons from St. Maarten for registration, housing and financial or other support by municipalities have to be judged on existing legislation and regulations, she clarified.
Talks with the St. Maarteners revealed that some wanted to return home, which some of them indeed did. The Minister stated that registration was “appropriate” for those who have indicated that they want to stay in the Netherlands. This can be done on a so-called postal address.
Subsequently, the municipalities have discussed the possibilities of finding individual solutions regarding housing, which is a major challenge in the densely populated regions with a big shortage on the housing market.
The Minister stated that a number of municipalities had turned to the Dutch Government in the past months with the question how to deal with the group of St. Maarteners who were evacuated after Hurricane Irma and who can stay with friends or relatives. The municipalities wanted to know how they could find a suitable solution for the facilities requested by the St. Maarteners, considering the scarce available housing in the cities.
Authorities have started to look for suitable housing for the two groups of St. Maarteners who have been temporarily staying at a shelter since September. “The request for assistance, especially by families who reported at a few municipalities, is hard to realise on short notice,” stated Ollongren.
The Ministry of Home Affairs and Kingdom Relations BZK, the municipalities in question and the Association of Dutch Municipalities VNG have jointly approached other municipalities with the request to provide suitable housing and help alleviate the St. Maarteners’ plight.
Several municipalities have already responded positively and have offered a solution for part of the group, confirmed Ollongren, who assured that the evacuated group had received special attention from authorities in the area of housing. Chances are great that the St. Maarteners will be spread over the country.
The Minister did say that to register in the Netherlands, the evacuated St. Maarteners, who left their island with little more than their passports and a few clothes, would have to show proof that they were removed from the St. Maarten Civil Registry. She stated that the St. Maarten Census Office had re-opened early October.
The Minister offered some advice for those St. Maarten residents who were contemplating moving to the Netherlands at this stage. These persons will be responsible for securing housing and the means to support themselves, for they have had the chance to prepare for their move to the Netherlands.