Home Local News HOW MUCH MORE INCOMPETENCE CAN THE PEOPLE OF ST. MAARTEN ENDURE? 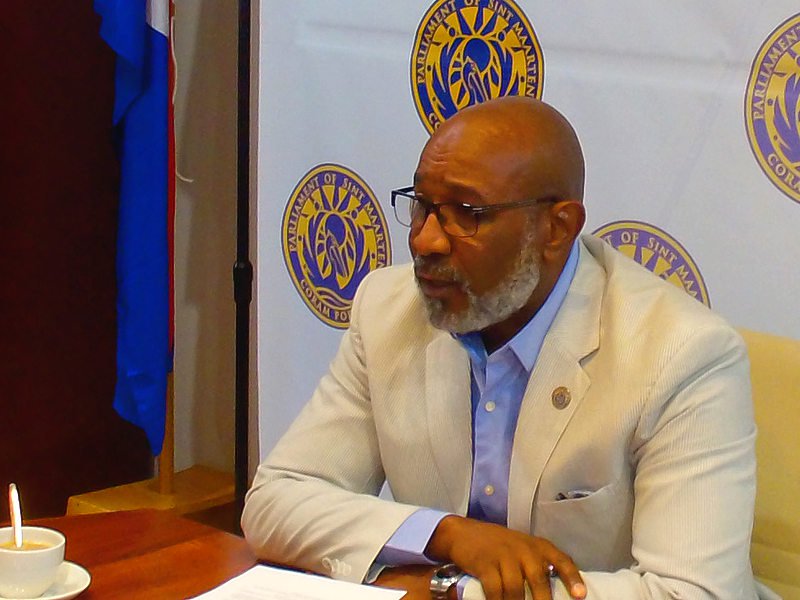 It is incomprehensible and unacceptable for the people of St Maarten to be constantly pinned in corners because of our constant display of incompetence and lack of concern. Those appointed to the executive and legislative branches, myself included, have a constitutional responsibility, which is to safeguard the wellbeing and safety of our people.

In the “Preamble” of our Constitution, which in principle is the purpose and reason for the document itself, clearly states that we are inspired to become a country within the Kingdom of the Netherlands based on a free choice and right that:

“we will work with our partners in the Kingdom of the Netherlands, and with our neighbors and brothers and sisters in the French part of our island paradise”;

“we believe in the principles of democracy the rule of law, the separation of powers, dignity and value, perseverance etc.;

To some, these might just appear to be words on parchment, but if we delve deeper we would come to realize that these inspiring and meaningful words are words that requires commitment. More so, they are spiritual in nature and requires action in order for them to become a reality in all circumstances and situations.

Against that backdrop, we are approaching two months since the passing of one of the most catastrophic disasters in modern history and our Government chooses to have a tit for tat, headline grabbing and public discourse with one of the partners in our Kingdom over what in my opinion are non-issues.

Mind you it was only a few months ago or just prior to Hurricane Irma that the Prime Minister of St Maarten, William Marlin was in Parliament defending his position on the agreement and claiming victory regarding reaching an agreement with The Hague about the Integrity Chamber. He now claims that the Kingdom Government is using the same issue as a conditional beating stick in exchange for relief aid that our country and its people so desperately needs.

It was also this Prime Minister based on a motion of Parliament almost one year ago, was given a mandate to handle the border issue with our counterparts on the northern side as well as with our Kingdom partners.

To date Prime Minister Marlin has accomplished absolutely nothing in these urgent matters. Our Prime Minister has proven that these tasks, which requires effective leadership and diplomatic abilities are insurmountable for him and his cabinet to achieve.

The country has all of the necessary mechanism to move these two issues forward yet it seems that nothing can be accomplished.  We have a capable and committed civil service who have expressed their ability, knowledge and skill-set time and time again to execute these tasks.  Furthermore, our High Councils including the Ombudsman have proven to possess the ability to keenly guard our constitution and existing laws. Our Caribbean Kingdom partners have always been ready to assist when asked.  We also have a Minister Plenipotentiary in The Hague, with qualified locals who should be representing our diplomatic needs with our partners. With all of these experts and professional assistance at the disposal of our government, the only thing the William Marlin government is capable of accomplishing two months’ post Irma, is another standoff.

The Prime Minister needs to explain to the people of St Maarten what our Minister Plenipotentiary in The Hague has been doing on the diplomatic front. News coming out of the Netherlands followed by some of the attitudes displayed by many persons in the Netherlands (politicians included), is that St Maarten is riddled with criminals and mafia activities.

I am therefore asking our Prime Minister what has our Minister Plenipotentiary done on the diplomatic front to quell these negative allegations? Specifically, what has her role in the past two months been during this recovery talks? How many ambassadors have we spoken to and were there any follow-up to these talks? What are we accomplishing outside of the picture opts? What exactly are we getting out of our resources and investments in The Hague?

Since Hurricanes Irma and Maria how many meetings has our Ministers organize with the aim of building bridges, (re)establishing and strengthening diplomatic ties with our Kingdom partners? There seems to be a serious disconnect and lack of urgency by this Government; while every passing day the dilemma our people face worsens. Just mentioning that there is plan “B” will not suffice. People are suffering and this government seems “hell bent on sticking to its guns”.

Following the recent public expression and decision by the coalition partners that “enough is enough with this government and its incompetence”, the Prime Minister William Marlin at the eleventh hour calls a press conference and agrees with every condition set by the Kingdom Government.  He indicated that now he agrees to take up the Council of Advice instructions to make amendments to the law on the Integrity Chamber and present it to Parliament for its approval. He also agrees to follow the Protocol of May 2015 without objection. He also agrees to the additional assistance from the Dutch for the border control and also agrees to meet without conditions with the Kingdom Relations Minister.

When the Prime Minister was in Parliament a few months ago and last week, it was pointed out that he is responsible for the collapse of government on this same Integrity Chamber issue. It is my conviction that due to self-interest and pride that he was not willing to compromise at all.

Today because of the inactions on many issues by the Prime Minister, Government is facing a vote of ‘no confidence’ by a new majority in the Parliament of St Maarten.

Prime Minister William Marlin may try to continue to fool those who are willing to accept his flip-flopping blindly. This parliamentarian however, those supporting the new majority and the people of St Maarten has had it with this public display of incompetence and the time for change has come!