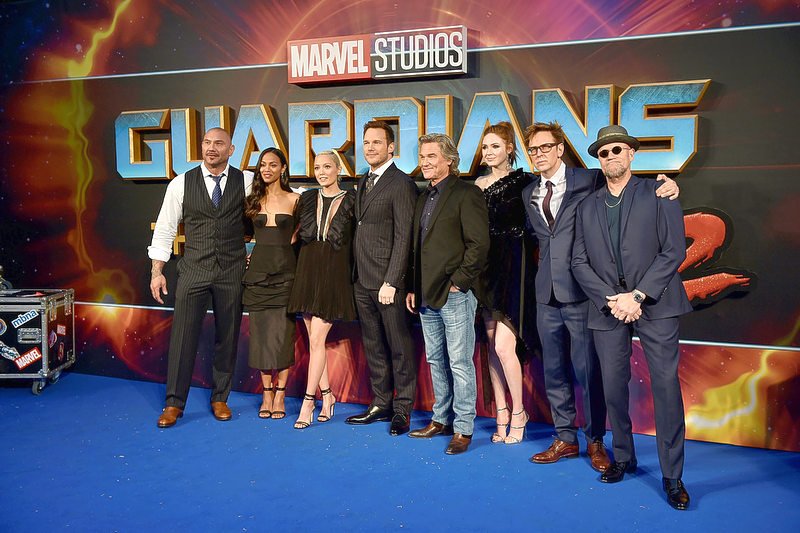 Two years later, the bet that comedy could help catapult characters such as the “Guardians,” “Ant-Man” and “Doctor Strange” into box office stars has paid off again. The “Guardians,” led by actor Chris Pratt’s Peter Quill, debuted in 2014 with more than $700 million at the global box office. “Guardians of the Galaxy Vol. 2” opened in the United States last week and has already grossed more than $500 million worldwide.
“The first ‘Guardians of the Galaxy’ film allowed us to perhaps go a little bit further, not just in humour, but types of characters,” Kevin Feige, chief executive of Marvel Studios, told Reuters.
Comedy has flavoured Marvel movies since 2008’s “Iron Man” featured star Robert Downey Jr.’s cocky one-liners. Many of the studio’s upcoming releases, including “Spider-Man: Homecoming” and “Thor: Ragnarok,” are expected to build humor into their audience appeal.
The “Guardians” franchise has gone farther by putting comedy at the core of the movie. Audiences fell in love with the roguish Peter, no-nonsense Gamora, the alien Drax who didn’t understand irony and the bromance between Rocket Raccoon and tree-alien Groot.
“Laughter is the way you hook the audience, and then you can scare them, then you can hopefully touch them emotionally deeper than they were expecting to in a film about a tree and a raccoon and aliens that don’t understand metaphors,” Feige told reporters in April.
“Humour is the secret into the audience’s other range of emotions,” he added.
It’s also part of Marvel’s strategy to keep audiences coming back for repeat viewings, which Feige compared to the fan-favourite “Star Wars” films or the “Harry Potter” franchise. “There’s only one way to do that – to make films entertaining enough and have the mythology of our stories rich enough and deep enough that there are things worth continuing to experience,” he said in the Reuters interview.Big Heroes,
Big Laughs
Disney-owned Marvel has seven upcoming films mapped out until 2019, including “Spider-Man: Homecoming,” a joint production with Sony Pictures due in July. The film taps the teen comedy genre in the retelling of Spider-Man’s origin story as his alter-ego Peter Parker navigates the perils of high school.
But comedy has not always paired well with superheroes. George Clooney’s 1997 “Batman & Robin,” which featured goofy jokes, was savaged by critics and was one of the worst-performing superhero films, grossing $238 million worldwide according to BoxOfficeMojo.com.
In contrast, Christopher Nolan’s three-part “Dark Knight” franchise for Warner Bros. recast Batman in a gritty light that won rave reviews and grossed more than $2 billion worldwide from 2005 to 2012.
The success of 2014’s “Guardians” proved that Marvel could have a hit with its lesser-known comic book properties, such as pint-sized hero “Ant-Man,” played by comedic actor Paul Rudd, and the mind-bending “Doctor Strange,” in which Benedict Cumberbatch delivered witty retorts in the vein of Iron Man.
Even “Thor: Ragnarok” harnessed a comedic talent, New Zealand director Taika Waititi, known for hits such as the vampire mockumentary “What We Do in the Shadows,” to take the Norse god in a new direction. Feige said Waititi’s films have “really gut-wrenching drama in some moments and really hilarious, over-the-top humour in other moments.”
Waititi debuted a short video last year that showed the brawny but dim superhero sharing a house with a computer salesman in Australia and trying to craft emails to Captain America and Iron Man.
In April’s “Ragnarok” trailer, Thor enters a gladiator arena and roars with laughter when he sees his opponent is the Hulk, a fellow Marvel Avenger comrade, shouting “We know each other! He’s a friend from work!”