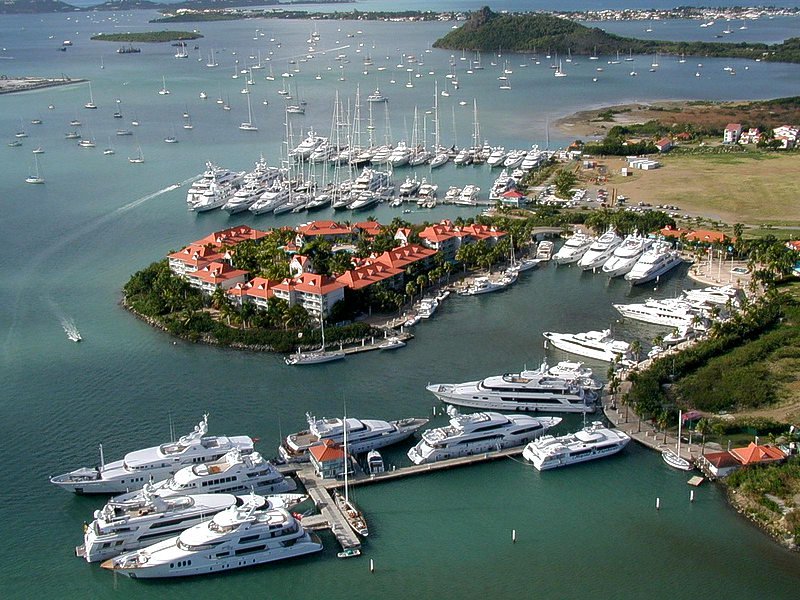 DELRAY, Florida–While the fate of Isabella Hellmann, missing for nearly seven months, remains a mystery, the suburban Delray Beach woman’s husband now faces up to 10 years in prison on a stolen coin charge.

In federal court Thursday morning, Lewis Bennett pleaded guilty to knowingly transporting as much as US $100,000 in stolen coins while working in 2016 as a mate aboard a yacht in St. Maarten.

U.S. District Judge James Lawrence King set Bennett’s sentencing for Feb. 12 in Key West. Prosecutors said they will recommend a reduced sentence but did not specify a length. Bennett also faces a fine of up to $250,000 and three years of probation. And the dual citizen of Australia and England faces deportation, the judge said.

“I thought he was a really good friend. I’m doubly angry with him,” the yacht’s owner, who did not want to be named, said Thursday afternoon from the Mediterranean. He said he did not want to comment further except that he was glad he’d be getting back at least some of his coins.

Bennett, 40,, who’d given up his beard and was clean-shaven in court Thursday, stood before the judge in brown-and-tan federal jail gear, cuffed and chained at the waist and ankle. With a clear voice, he answered King’s required procedural questions, which took up nearly all of the half-hour hearing.

His wife, who vanished off the Bahamas on May 15, was mentioned only once, and not even by name.

It was when prosecutor Emily Rose spelled out the indictment and mentioned Bennett’s claim that on May 15, as he and the 41-year-old real estate broker sailed on a delayed honeymoon trip — they’d been married three months — he awoke to find his catamaran had struck something and was sinking, and his wife was gone.

The Coast Guard called off its ocean search after four days. Within a day of that, Bennett wrote the agency and requested, without success, a “letter of presumed death.”

A 134-page package of documents obtained in late August by The Palm Beach Post gave numerous details of the incident and the search that followed, such as the speed at which the boat sank and how the 5-foot-4, 110-pound Hellmann, might have fared after being thrown into the water.

Neither the FBI nor the Coast Guard has said whether it suspects foul play in Hellmann’s disappearance. Both agencies have said their investigations remain active but will not otherwise comment.

Neither prosecutors nor West Palm Beach defence lawyer Paul Walsh had any comment after Thursday’s hearing.

On Thursday, as a U.S. Marshal led Bennett away following his plea, he walked past his wife’s family, sitting in a back row, but said nothing and did not look at them. The relatives did not comment afterward to reporters. They have not responded to numerous requests for comment by The Palm Beach Post since their sister vanished. It was the first time the family had attended any of Bennett’s court proceedings.

Bennett separately has been trying in Palm Beach County Court to have Hellmann, the mother of their now nearly 19-month-old daughter, declared dead so he can settle her estate. But a judge has refused to rule until she knows more. One of Hellmann’s sisters tried in June to take control of the estate but later dropped her efforts. Edward Downey, one of Bennett’s lawyers in the current probate case, said this week he had nothing to do with the criminal case and had no comment.

Soon after his rescue, Bennett said in a social-media posting that he took the couple’s daughter to his native England, where his parents live. The girl is believed to still be in England.

Neither the FBI or the U.S. Attorney’s Office will say how Bennett returned to Florida and was arrested Aug. 28.

The Coast Guard helicopter that rescued Bennett had flown him to Marathon where, federal prosecutors charge, authorities found coins on him that were stolen while he worked in May 2016 as a mate aboard the yacht Kitty R in St. Maarten in the Caribbean. Because of that, the federal charges were filed in Key West.

Bennett has been in the Broward County Jail, following a convoluted journey steered by Hurricane Irma. He was moved from the Keys to Palm Beach County, along with more than 400 other inmates, in early September, as Irma bore down on Florida. He later was moved again to Broward.

King had posted notice Nov. 15 that Bennett planned to change his not-guilty plea and that his planned Dec. 11 trial in Key West was cancelled.

Federal prosecutors had detailed in court papers that they have a large volume of evidence in the case, including interviews, photographs and items confiscated during a June 16 search of the Bennett-Hellmann condominium in suburban Delray Beach. The evidence itself has not been made public. Federal authorities said this week that, if the case never went to trial, the materials likely never will, unless Bennett gives permission. (Source:mypalmbeachpost.com)