Home Local News ‘If you can’t pay it, ignore it’ is not reaction unions... 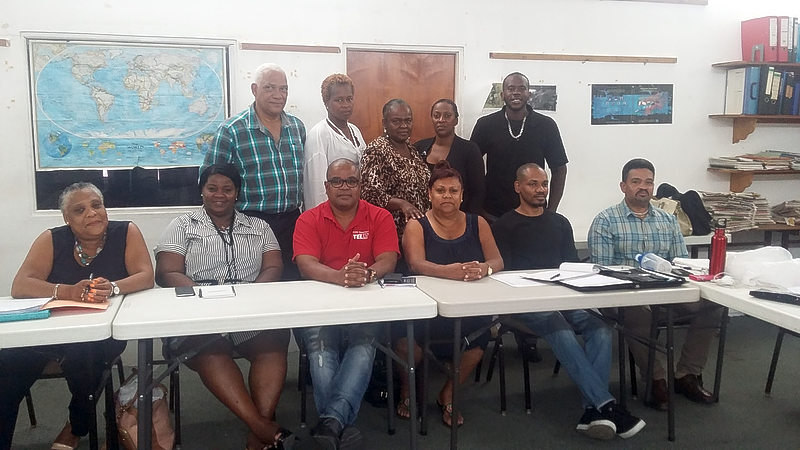 PHILIPSBURG–The unions represented in the Windward Islands Chamber of Labour Unions (WICLU) are still waiting on government to react to their two letters requesting the formation of a committee to work out a solution for the outstanding Cost of Living Adjustment (COLA) for workers.

“This is unacceptable. It’s time to have the committee,” WICLU President Claire Elshot told reporters at a press conference on Thursday.

She said government’s input is needed because the committee will need to have representatives from the Finance and Personnel Affairs Departments.

The unions had sent two joint letters to Prime Minister William Marlin requesting the formation of the committee. The request is for COLA for the years 2013, 2014 and 2015 to be addressed.

Elshot said Thursday’s press conference was called after a meeting amongst the unions to address issues affecting workers and pensioners. The unions under the WICLU had just met before the press conference was called. The unions discussed a range of issues including pension plan reform, the National Health Insurance, increasing the pension age and the representation of unions on various committees, amongst other things.

More unions should be represented on important committees and not just a few members. The unions want to determine how many members they send to represent workers on committees.

As it relates to the pension age increase, while it is going to 62, talks are already being held to increase it to 65. Elshot said the unions are looking at various things such as what this would mean for their members if the pension age goes to 65. Important, she said, is for the rights of members to be maintained and a situation where younger persons can also benefit.

Source: Daily Herald
‘If you can’t pay it, ignore it’ is not reaction unions want on COLA issue