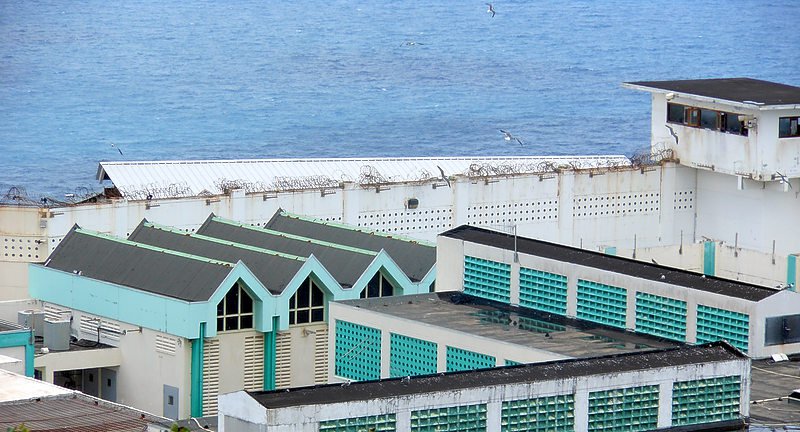 PHILIPSBURG–Pointe Blanche prison inmate Giovanni Engelhardt has been stalled by bureaucracy since August 18 after falling ill to diabetes. Attorney Sjamira Roseburg is upset with the way the case has been handled by local authorities.

Engelhardt, who is serving a sentence for theft, fell ill on August 18 and was taken to St. Maarten Medical Center (SMMC) for further treatment. According to physicians, he suffered from a neurological problem and had to be placed in a medically-induced coma. He was moved from the Intensive Care Unit (ICU) to the Recovery Ward at the hospital several days later.

Roseburg visited Engelhardt several times and he appeared to be recovering. Doctors recommended that Engelhardt see a neurological specialist on the French side.

Roseburg told The Daily Herald it had taken days before the specialist came and saw her client, who became ill again and was transferred back to ICU. The specialist recommended that he be flown abroad.

Roseburg said she had to contact the prison numerous times before receiving feedback on the status of sending her client off-island for further medical treatment.

“I contacted the hospital and they told me that the cost of the treatment has to be dealt with. How can we talk about money and my client is still sick? Usually the health of the person comes first before costs are dealt with. The run-around I got was unbelievable. I had to personally call authorities. Is it that we do not care about the health of our people?” she stated.

Engelhardt’s father arrived on the island from Curaçao last week Monday with great concern for his son’s well-being. “The 82-year-old father had to come from Curaçao because the system has been giving his son the run-around and this should stop,” stated Roseburg.

The specialist continued telling family members that the young man had to be flown off-island to get treatment or he would eventually die. The Prosecutor was contacted on several occasions for assistance and there too the family and lawyer received little or no help.

The family is prepared to take Government to court and has filed an injunction to force the Justice Ministry to fly the inmate out as soon as possible. The case is set to take place this morning.

Roseburg personally contacted Minister of Justice Edson Kirindongo, who assured her that he would look into the matter. Prison Director Edward Rohan is not taking the health of these prisoners seriously, stated Roseburg.

Kirindongo issued a letter of guarantee for the inmate late on Tuesday and the Prosecutor’s Office has been informed that he will be flown out for further treatment.

Roseburg said that in light of this news, the court case would not go ahead as planned on Wednesday and she was satisfied that her client finally could receive the needed treatment overseas.

The family’s wish was to let the public know what ordeal they had to go through to get medical treatment for the inmate who should be the responsibility of the prison. If the lawyer had never pressed for answers and action, the young man probably would have been doomed, according to the family.