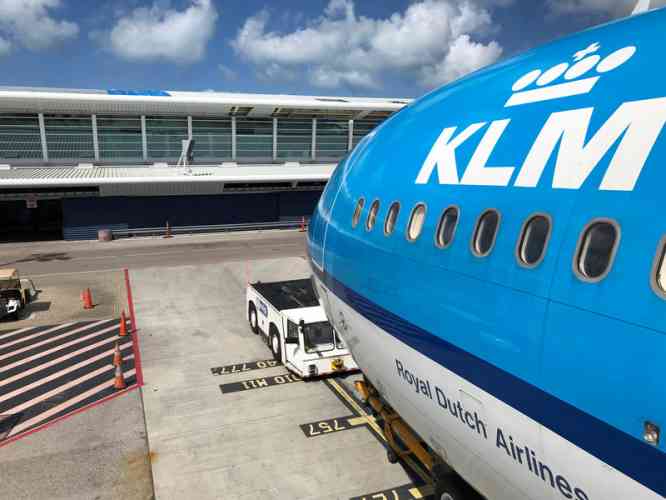 THE HAGUE–To avoid St. Maarten’s Princess Juliana International Airport’s (PJIA’s) insolvency in the short term, the Dutch government has decided to immediately transfer the first payment of US $5 million to the St. Maarten government, with another $10 million forthcoming as bridging credit.

Dutch State Secretary of Home Affairs and Kingdom Relations Raymond Knops announced this in a letter he sent to the Second Chamber of the Dutch Parliament on Thursday.

Bridging credit is necessary to secure the airport’s continuity, for without this bridging credit, the airport is expected to become insolvent as early as next week, he explained.

The Dutch government will loan the US $15 million bridging credit in tranches to the St. Maarten government which in turn will lend this money to the airport. The bridging credit will come from an incidental additional budget change for which approval of the Second and First Chambers is needed.

Minister of Home Affairs and Kingdom Relations Kajsa Ollongren sent a law proposal to the Dutch Parliament on Thursday for an incidental additional budget law to transfer 13.245 million euros ($15 million) from the Ministry of Finance to the Kingdom Relations budget.

In his letter, Knops mentioned that the St. Maarten Council of Ministers had approved on January 8 the Trust Fund Steering Group’s financing proposal for the airport’s reconstruction, including the conditions the Netherlands has tied to this financing.

The financing proposal consists of a contribution of $50 million from the World Bank-administered Recovery Trust Fund and a loan of $50 million from the European Investment Bank (EIB) to the St. Maarten government. The St. Maarten government will lend this $100 million to the airport for the reconstruction of the terminal building which was heavily damaged by Hurricane Irma in September 2017.

Knops said he expected this financing would be effectuated later this year, as it would take some time to implement the conditions that the Netherlands has set. The $50 million for the airport’s reconstruction was part of the second tranche which was deposited in the Trust Fund early November 2018 with the approval of the First and Second Chambers.

In addition to his letter, Knops stated that the interest of the St. Maarten people has been a primary focus since Hurricane Irma devastated the island. He said it was in their interest that St. Maarten’s recovery continued unabated. In his opinion, the reconstruction of a well-functioning and safe airport is of major importance for the entire island, for the recovery of tourism and St. Maarten’s recovery as a whole.

“It is important not to lose more time and to make it happen,” he said, assuring that the Netherlands was willing to assist St. Maarten with a bridging credit for the airport. “It also means that together with St. Maarten, the World Bank and the EIB we can move forward with the financial recovery plan for the airport,” Knops stated in an additional comment.