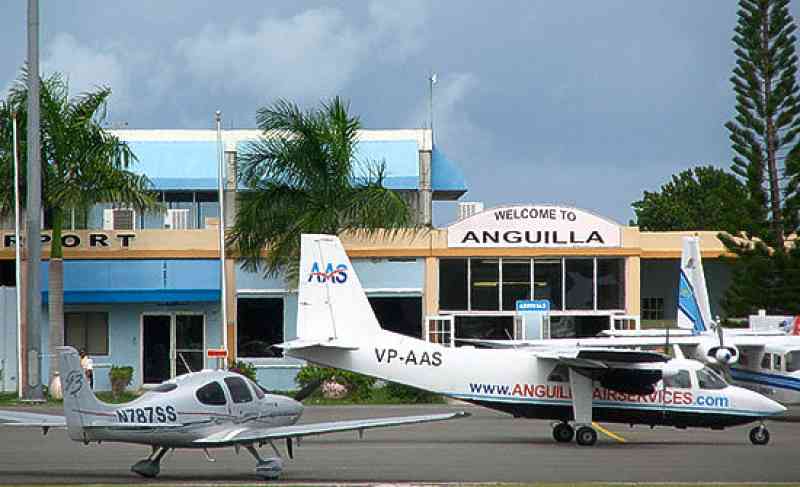 ANGUILLA–Operational and safety upgrade activity at the Clayton J. Lloyd International Airport is at top throttle, according to Executive Airport Manager Alan Barnett. New perimeter fencing and runway lights, funded by the British Government, have arrived and are being installed by three local contractor companies, helping to distribute the workload and accompanying payroll among the island’s contractors, as well as hastening the completion date projected for the end of March 2018.

Installation of the 10-foot-high perimeter fencing topped with barbed wire will bring the airport into compliance with required safety code requirements as well as eliminate the current work-around of conducting 30-minute-interval patrols around the entire perimeter to ensure the runway is free of roaming animals. This is especially critical during dusk and night-time operations when animals freeze in place when confronted with bright aircraft lights. There is three miles of fencing to be repaired that is being funded by the British Government.

Hurricane Irma destroyed the airport’s radio/NavAid beacon system, critical for night-time operation, and the replacement funding for it is still being sourced. Not to be deterred, Barnett and his staff are designing a Global Positioning System (GPS) procedural overlay of Anguilla’s airspace. This system will enable aircraft instrument landings which are mandatory during bad weather and night operations, enabling the airport to return to 24/7 operation instead of the post-Hurricane Irma daytime/good weather visual aircraft operation existing today. When submitted, approved and entered into the Flight Management System, aircraft will be able to land and depart from Anguilla at any time of day or night. It is hoped that all regulatory requirements will be approved to enable an August 16, 2018, start date.

The new control tower and fire station are both expected to be operational around August 2018 as well. In anticipation of increased air operations, three traffic controller trainees are currently in school in Trinidad, which will bring the number of traffic controllers to 13 upon their proficiency certification.