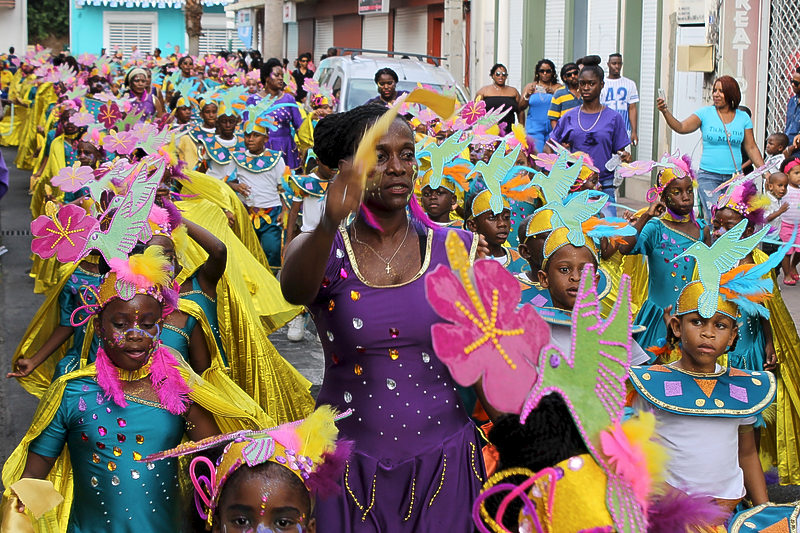 MARIGOT–French-side Carnival committee FCDSM will be organising the individual Carnival costumes competition on the Marigot waterfront this coming Saturday, February 18, from 7:00 to 11:00pm.

The Collectivité issued a notice to inform the public that a portion of Boulevard de France and Rue de L’Anguilla will be temporarily closed to traffic circulation and parking to accommodate this new event.

From 2:00pm to 11:00pm Saturday no parking is allowed on either side of Boulevard de France between “Mini Club” Restaurant and “Le Divin” at the other end. This entire section is left free for the organisers.

This entire zone will be a pedestrian-only thoroughfare for the costume competition. The road parallel to the Boulevard on the bay side, the other side of the market stalls, will be open to traffic circulation.

Carnival committee member Luciana Raspail said five children and seven adults will contest the individual costume competition. Four other adults will be displaying costumes but are not in the competition. Each costume presented represents one of the troupes and will be seen in the Children’s and Adult Parades.

A red carpet “runway” will be installed along the Boulevard and each contestant will pass up and down in front of a panel of judges. Cash prizes will be awarded to winners. The show will be emceed by Ricky Da Phox. Other entertainment will include DJ Blaze, stilt walkers and fire dancers. The contestants for the Miss Teen and Senior Carnival Queen will be presented during the evening.

Sunday, February 19, is the Children’s Parade in Marigot, starting at 2:00pm from Jean-Louis Vanterpool Stadium. Ten troupes will feature in the parade under the theme “Seven Wonders of the World.” Troupes will make a circuit of Marigot via Rue de La République, Rue de la Liberté, Rue Kennedy and Rue de Hollande before finishing at the stadium.

Entertainer Ricky Da Phox will be warming up the crowd from 1:00pm.