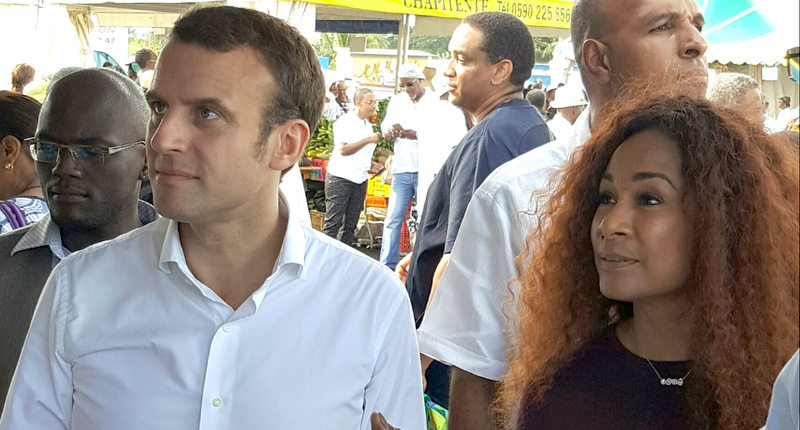 MARIGOT–A candidate for the upcoming Legislative Elections on June 10, Inès Bouchaut-Choisy held a press conference Friday in Marigot to explain her reasons for being a candidate in the election. Her substitute (suppléant) is Alain Gros-Desormeaux, formerly a Territorial Councillor in the former Aline Hanson administration.

Her origins are from St. Barths and St. Martin. She was Director of the Territorial Committee of the St. Barths Tourism Office, where for seven years she led the tourism policy for the island. Previously she owned a company helping young people to start their businesses on both St. Martin and St. Barths.

The past year has seen her appointed by the Prime Minister of France as an advisor to the Social and Environmental Economic Council, and for the past few weeks she has assumed the Presidency of the Overseas Group at the Third Assembly of the French Republic, where she was the first female in charge of the French overseas countries group.

She said her two main motivations are “to bring tangible improvements to the daily lives of the St. Martin and St. Barths population, and secondly to provide the President of the Republic the majority he needs to implement the reforms proposed during the Presidential Election campaign.”

On the new President Emmanuel Macron, she said: “I have been ‘En Marche’ since the creation of the movement and from the beginning it was evident that Emmanuel was convinced of the need for renewal in politics.

“In fact, at the end of 40 years of a confrontation of Right and Left, where the oppositions were more of principle than philosophical, the citizens ended up losing confidence and took refuge, in desperation and in extremes. But, his proposals and transparency, and retaining only the good proposals of each camp obviously appeared to me to be the road to follow.”

Asked about her priorities if she is elected, she replied: “Employment, protection of the youth, taxation and the budget regarding the development law for the French overseas territories, education and culture.”

She added: “If I am elected, I do not seriously consider myself facing a majority of the Republicans in Parliament because the French and French overseas territories and elsewhere will give coherence to their presidential vote and will obviously allow President Macron to have the majority necessary to implement his reforms.

“Concerning the local executives President Bruno Magras and President Daniel Gibbs, both were elected in respect of republican values. I will have no difficulty in adding my efforts in the interests of St. Martin and St Barths. I would add that as we are on different political borders, our confrontation of ideas and methods will lead to consensual actions for the benefit of all citizens.”