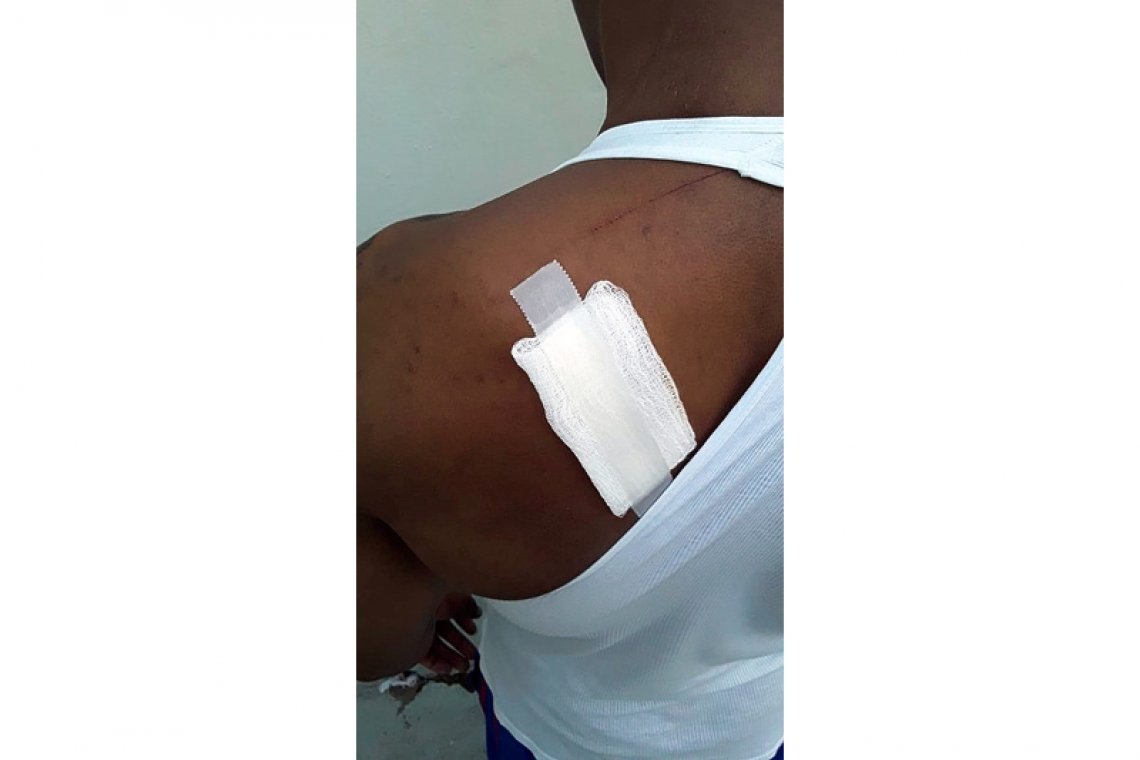 PHILIPSBURG–An inmate who was sentenced to twelve years for having stabbed a man to death in Dutch Quarter on December 5, 2017, was attacked with a machete in the Pointe Blanche prison on Saturday, February 1, 2020.

Inmate Joceidy Martin Grell, who has appealed the verdict, which is scheduled to be heard by the Joint Court of Justice next week, was attacked by some seven detainees, his lawyer Sjamira Roseburg of Consider it Solved by Roseburg and Partners law office said Tuesday.

Grell, who is trained in martial arts, managed to defend himself and only sustained minor injuries in the attack, but another inmate was injured and had to be taken to St. Maarten Medical Center for treatment.

Roseburg said this was not the first time Grell has been attacked in prison. Her client was also attacked in December 2017, which resulted in a head wound.

The lawyer said that last week’s incident confirms that the lives of prisoners and guards are not secured in prison.

“However, I hope it doesn’t come to that. The only thing I can do now is hope that my client will be there next week during the substantive handling of his criminal case and then hope that he will leave this inhumane institution as a free man – and alive – as soon as possible.”

Prison Director Alwin Keli informed attorney Roseburg after the incident that inmate Grell had been transferred from the penitentiary to the prison’s secured section. However, “the safety of no prisoner can be guaranteed within the walls of a prison,” the prison director added to his message to Grell’s attorney.

A spokesperson for the police confirmed the stabbing, but declined to provide any further information pending the investigation into the incident.