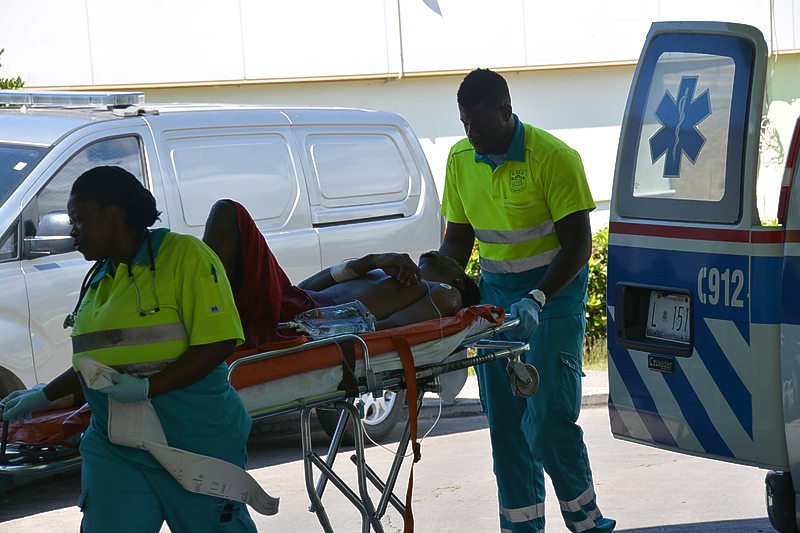 POINTE BLANCHE—There was more trouble at Pointe Blanche Prison as an inmate was seriously injured after a fight ensued with another detainee on Tuesday morning close to 11:00pm. Ambulance and police patrols rushed to the penitentiary, where they found the prisoner on the floor bleeding from his head that seemed to have been inflicted by a sharp object.

It appeared one of the inmates got his hands on a machete and struck the other with the weapon during the scuffle. There was no official word yet from the prison on what took place.

Police spokesman Chief Inspector Ricardo Henson said that police were still trying to get information from prison officials about the incident.

Prison Director Edward Rohan took some days off according to a source in the Justice Ministry, however the person who replaces Rohan was reportedly not present at work either. “Who is in charge at the prison?” That’s the question being asked by justice officials who shared grave concern for the safety and security at the correctional facility.