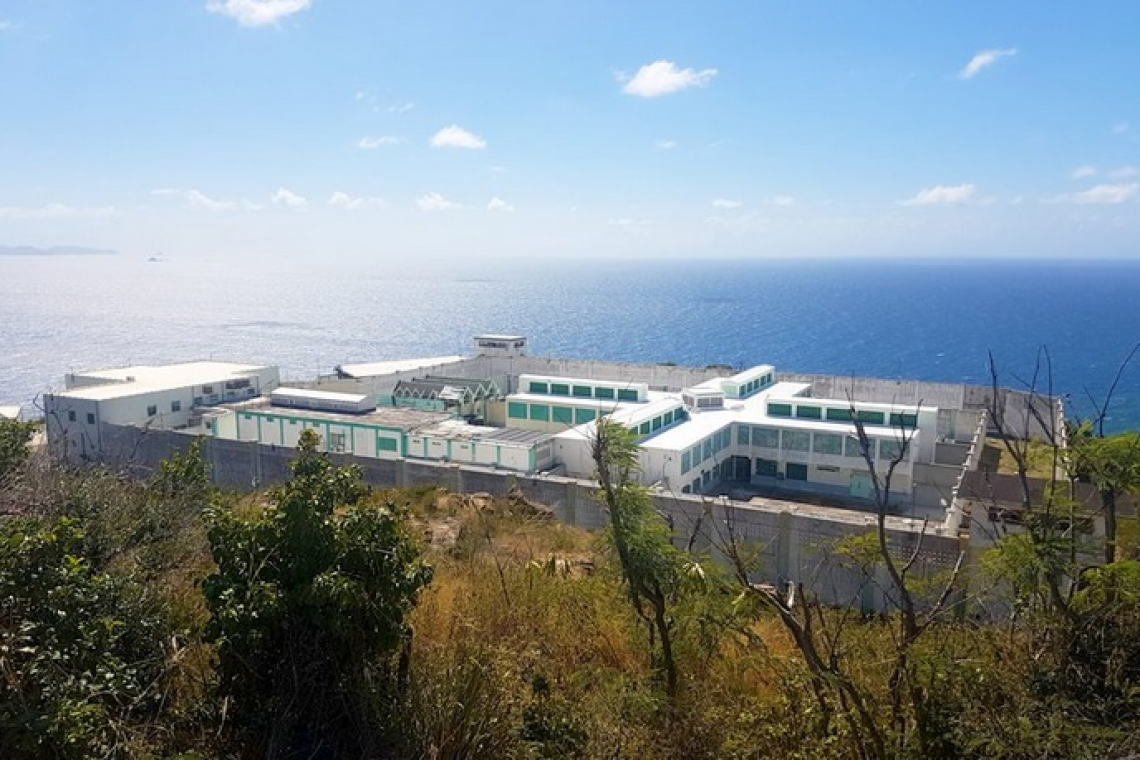 PHILIPSBURG–B.S. (52), who has been in pre-trial detention in Pointe Blanche for more than a year on suspicion of raping four girls between the ages of five and eleven, was attacked by a dozen prisoners in his cell on Tuesday. According to his lawyer Shaira Bommel, this raid was prompted by a full-page article about the sex crime case in The Daily Herald that day.

First the prisoners tried to extort S., Bommel said. “When he refused to pay, nine to 10 prisoners stormed into his cell. Guards saw it happen and were able to intervene just in time. He was barely prevented from being beaten up.”

For his own safety, S. was transferred to a police holding cell behind the police station in Philipsburg. “He’s alone in a cell,” says Bommel, who indicates that her client is very shocked. “He also does not feel safe in the police cell; he hardly dares to eat because he is afraid that his food may contain poison.”

The daily meal – usually rice with chicken, as well as servings of bread – is prepared by prisoners in the kitchen of Pointe Blanche prison. “It wouldn’t be the first time that the food has been tampered with. Suspects in the Vesuvius case were given bread in prison, in which glass splinters were embedded,” Bommel recalled.

The 2007 large-scale “Vesuvius” investigations into a drug-related gang war involved the execution-style killing of four persons, while several others had been shot at. Gang members had put a number of persons on a death list.

Now that the people of St. Maarten, including prisoners in Pointe Blanche, know what he is accused of, S. fears for his life, said Bommel. The former employee of United Telecommunications Services (UTS) had no criminal record when he was arrested on April 7, 2021, but after 435 days of pre-trial detention, he was charged with 15 years on Thursday, June 16, 2022, for raping children and making and distributing child pornography.

The prosecutor also demanded two years of imprisonment for possession of a shotgun and ammunition, as well as a quantity of marijuana with which he allegedly drugged the children.

S. insists that he is innocent. He, like his lover, the 34-year-old J.W., a former school secretary, who was also arrested on April 7, 2021, claims to be the victim of the creative imagination of the children whose mothers reported sexual abuse of their children. “It’s a conspiracy,” he told the Court.

Judicial investigations have shown that S., his wife and his lover had had a love triangle for 10 years, in which the man had sex with each of the women and the women also had sex with each other. According to statements by the young victims, the suspects each performed sexual acts on them, and they occasionally were molested by the man and his lover, or by the three adults jointly. More children are said to have been involved than the four whose mothers reported to the police.

The wife of S., who lives in Belvedere, where the lewd acts took place, is still a suspect in the “Pandora” sex crime case, the Prosecutor’s Office spokesperson confirmed. “The decision to prosecute her is still pending.”
The woman currently works in the Government Building on Pond Island.