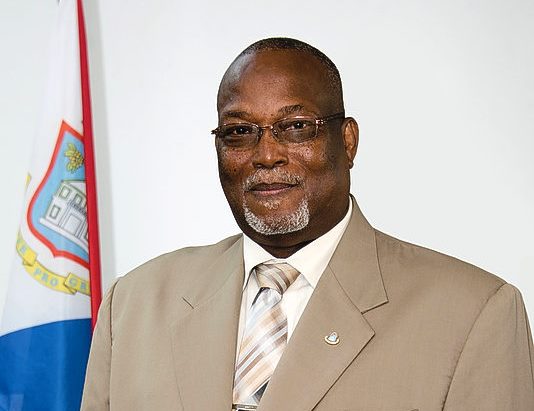 PHILIPSBURG–Minister of Justice Raphael Boasman made a plea to the public on Wednesday that everyone should be considered innocent until proven guilty.

He was referring to the criminal investigations involving former Princess Juliana International Airport SXM Chief Executive Officer (CEO) Regina Labega and Prison Director Edward Rohan. Both are employed by Government and continue to work while being investigated.

Boasman confirmed that Labega had been appointed policy advisor for the Department of Economic Affairs. He also made clear that Labega is a civil servant who has the right to re-enter the civil service.

“The investigation against Labega has been going on for the past six years and the damage that has done her might be worse than the verdict whenever it’s delivered,” said Boasman.

He also said that in another case related to Labega’s case the suspect had been sentenced to one day in prison, but the damage done to that person over the years could never be corrected with that symbolic light sentence.

In Rohan’s case, he has been named a suspect in the vote-buying investigation involving Member of Parliament Silvio Matser.

The Prosecutor has made it clear that both Labega and Rohan continue to be suspects in their criminal cases.

Boasman stated on Wednesday that he has no intention to meddle or interfere with the judicial system, but one must know exactly how long Labega has been waiting for the prosecution to complete its investigation.

“The law is clear when it comes to when civil servants can be suspended or not – If a civil servant was arrested, and that also depends on the nature of the crime, whether it is a criminal offence or misdemeanour. I am still busy gathering the facts of the case and the nature of the investigation regarding the prison director,” stated the Justice Minister who is also the acting Minister of Tourism, Economic Affairs, Transportation and Telecommunication (TEATT).