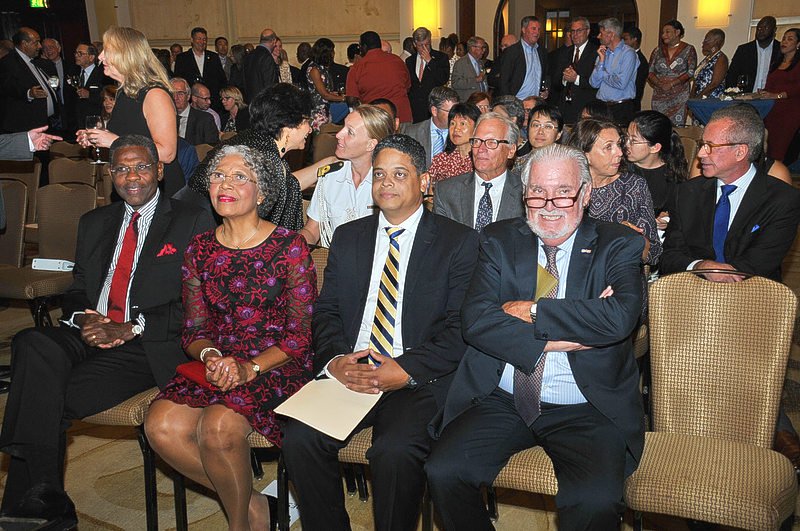 WILLEMSTAD–The Netherlands and Curaçao should institute an economic boycott against Venezuela. This is what Insel Air’s Chairman of the Board Henry van der Kwast (front row at right) said during the celebration of 180 years SEL Maduro (Formerly Maduro & Sons).

The reason for his call is that the financially-troubled local airline has US $100 million from ticket sales stuck already for years in the neighbouring South American country.

According to Van der Kwast, there is an aviation agreement which states that debts should be paid within 30 days. He urged the Dutch Government and its diplomats to take action.

The general manager of SEL Maduro also said there should be a blockade against Venezuela to enforce payment. Van der Kwast wants Curaçao to close its borders to Venezuelan exports and make Caracas meet its debt.