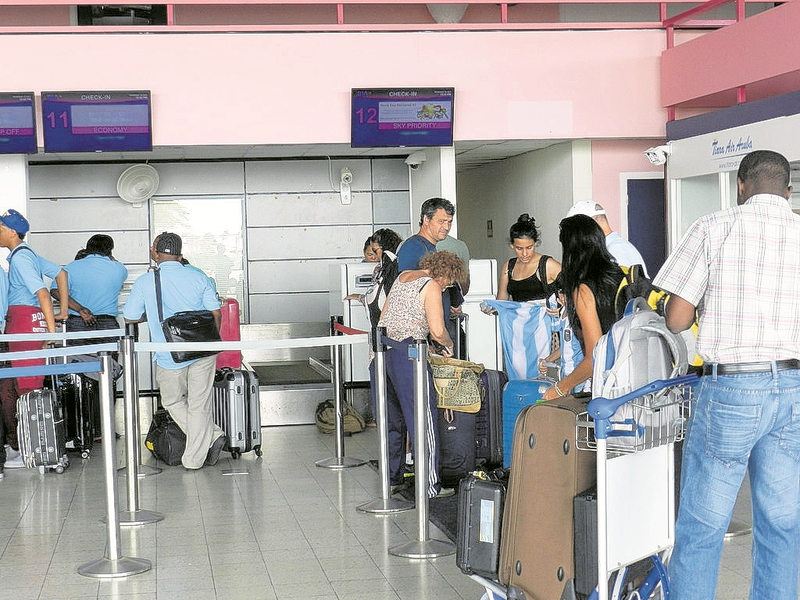 WILLEMSTAD–Things nearly got out of hand at Curaçao’s airport on Tuesday morning as angry InselAir passengers expressed their frustration over the many flight delays and cancellations. Three people were even held.

Apparently a male traveller with a small child assaulted an employee and broke a monitor in the terminal. A special law enforcement team quickly moved in and detained three persons of different ages.

Also in neighbouring Bonaire, which greatly depends on InselAir for air connections as well, the carrier’s crisis is being felt. Bonaire Business & Employers (BBE) association has called for a committee to tackle the issue and present a short-term plan for solution within two months and one a long-term one in eight months, an idea that was embraced by both coalition partner MPB and opposition party PDB.

Commissioner Joselito Statia reacted that the Executive Council had been eyeing the problems with air traffic between the ABC-islands (Aruba, Bonaire and Curaçao) already more than four months. They are in talks with several other regional airlines to work on a strategy along with the Dutch Government.

One of the four InselAir planes that had been grounded by the Curaçao Civil Aviation Authority CBA in connection with an inspection was allowed to fly again since Monday afternoon. The company expected an improvement in its schedule because two aircraft have meanwhile been leased from the United States (US) to operate the affected routes.