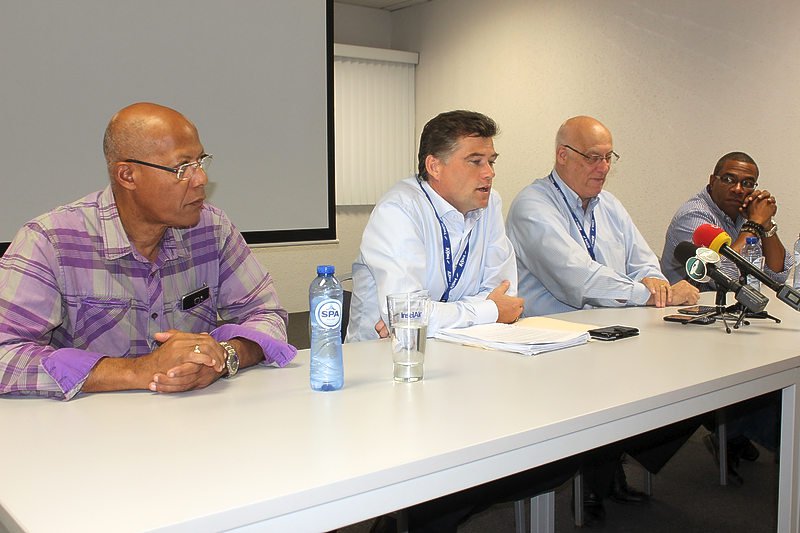 WILLEMSTAD-InselAir on Wednesday sent out dismissal letters for some 250 employees as a result of the ongoing crisis facing the Curaçao-based carrier. The union UGTK/Cadmu that is currently seeking representation of the airline’s maintenance personnel said it was not informed of this beforehand.

Since the end of January 2017, the operations and financial position of the company have been severely affected by the continued grounding of its aircraft by Aruba’s Department of Civil Aviation.

Over that period and as part of the stabilisation plan, the airline says it was fully dedicated to efforts in maintaining the highest level of service while ensuring the application of the highest safety standards. Furthermore, it had to constantly manage the situation with creditors regarding the arrears due to them.

Given all of the above, InselAir had no option but to seek a moratorium with the bankruptcy court, which was granted. This protection against bankruptcy will allow management to focus on the further implementation of the stabilisation plan and the development of the required business plan, including the evaluation of potential strategic partnerships.

The stay of payment period offers management the opportunity to actively evaluate and pursue further possibilities for restructuring as well as the search and the negotiations with a future potential strategic partner. The company informed the employees of the retrenchment of 250 positions.

Management says it realises the indisputable contribution and dedication of the workers involved in building InselAir up in the past decade and regrets taking these measures. However, these steps are absolutely required for InselAir to continue in the direction it is heading and to build a new future again, and the local authorities concerned have been informed of the company’s intentions.

As part of the stabilisation plan InselAir has introduced the announced reduction in services and actions are being taken to secure a return to a normal schedule as soon as management sees an opportunity. It is to be noted that the airline is observing a return to a high level of on-time performance.

Management during a press conference reiterated its commitment to offer the travelling public a safe and improved on-time performance of its planes.

UGTK/Cadmu spokesman Wendell Meulen said they had learned about pending layoffs via the media, but were unaware of the number. The employees want foreign personnel to be sent home first.