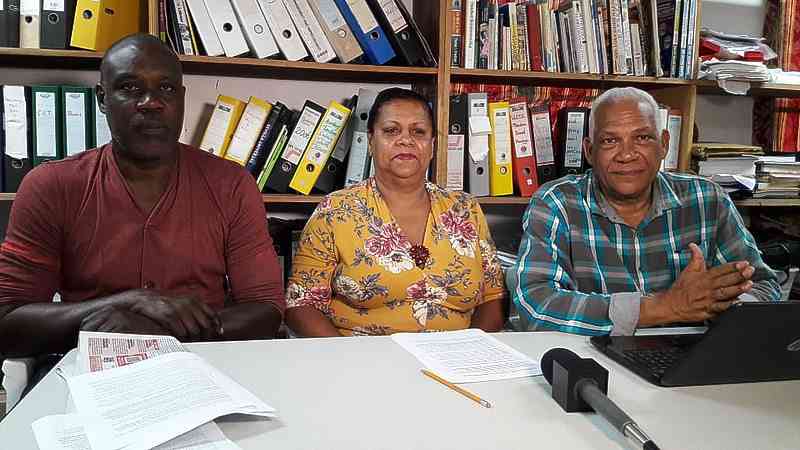 PHILIPSBURG–The Inspectorate of Tourism, Economic Affairs, Transport and Telecommunications (TEATT) has turned down the Consumers Coalition’s request to postpone the September 2 introduction of the digitised driving-exam system.

The Inspectorate made it clear during a meeting with the Coalition on August 19 that the planned phasing out of the non-automated theoretical exam will enter into force as of September 2. The coalition had requested an urgent meeting with the Inspectorate after it received a number of complaints from students who had to sit the exam.

Coalition representative Raymond Jessurun said at a press conference on Thursday that the coalition had been informed that the development phase of the digitised examination system had formally ended. “The Inspectorate said that date was a point of no-return with arrangements made with other government departments, such as the Census Office and the Finance Department, etc.”

However, the Inspectorate was willing to accommodate students who have signed up for an examination date to become familiarised with the new examination system. These students can make an appointment with the Driving Licence Examination Department to undergo a test examination.

During the meeting, TEATT Inspectorate head Lucien Wilson addressed the complaint of some students that they had not received course material to prepare them for the new examination system. Wilson said course material is the responsibility of driving schools and not for government to provide.

“We agree with the Inspectorate that all consumers want traffic to be safe. To achieve improved safety on the road, not only new drivers but all drivers in traffic must behave and observe all traffic rules. As such, the Consumers Coalition would like to have a dialogue with the Inspectorate of TEATT on a programme to promote road safety awareness and to advocate for more respect for all participants in traffic,” Jessurun said.

Some of the students who filed their complaints with the Consumers Coalition on the new exam system accompanied the coalition to the meeting with the Inspectorate. These students had an opportunity to address their concerns.

The former system depended too much on the interpretation of the examiner, which gave too much subjectivity in judgement, the Coalition was told. The new digitised system is expected to provide all students with the same judgment: they either know the law or not.

“We were also informed that driving instructors were invited to meetings to be informed and to give their input before developing and introducing the system. We showed the Inspectorate some examples of examination questions with ‘yes’ or ‘no’ answers. We showed multiple-choice questions where students had to choose one of at least three answers phrased differently. But all answers were good,” Jessurun said.

Also at the press conference were coalition representatives Claire Elshot and Alberto Bute.