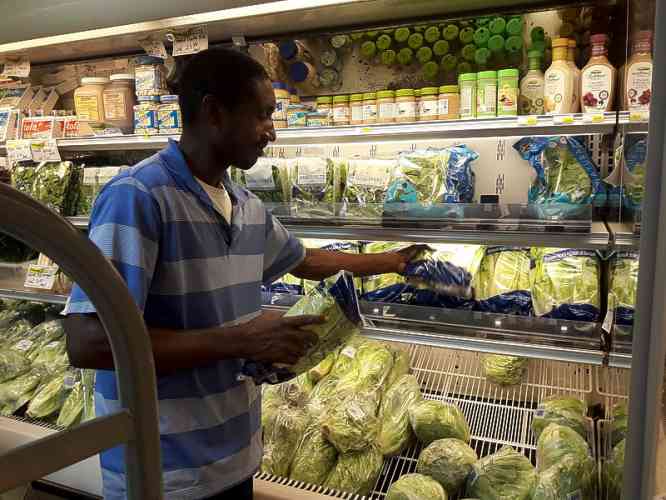 PHILIPSBURG–The Inspectorate of Public Health in St. Maarten has “taken note” of the United States Center for Disease Control (CDC) food safety alert urging consumers to not consume any type of romaine lettuce and is “gathering more information” on the matter.

In an invited comment on the widespread alert, the office of Health Minister Emil Lee said in a statement to The Daily Herald issued in consultation with Inspector General Dr. Earl Best that there is no direct concern for a public health alarm in St. Maarten.

In the meantime, a quick scan of several major supermarkets on Wednesday showed that most still had the lettuce on their shelves, while at least one – Cost Pro in Madame Estate – was not taking any chances and was removing romaine lettuce from its shelves.

“The main message to the St. Maarten public at this time is that there is no direct concern for a public health alarm. The investigation by the Inspectorate will be concluded by, Thursday, November 22, and a release would then follow,” the statement from Lee’s office read.

“One of the concerns we are investigating is whether the respective export took place to St. Maarten. For this we are checking with local importers.

“In general, symptoms after an [E coli – Ed.] infection vary for each person, but often include severe stomach cramps, diarrhoea (often bloody) and vomiting. Some people may have a fever, which usually is not very high (less than 38.5˚C). Most people get better within five to seven days.

“Most people with an infection start feeling sick within three to four days after eating or drinking something that contains the bacteria. However, illnesses can start anywhere from one to 10 days after exposure. Antibiotics are not recommended for patients with E. coli infections.”

CDC advised consumers, restaurants, and retailers in the US and Canada not to eat, serve, or sell any romaine lettuce as it investigates an outbreak of E. coli infections linked to romaine. CDC urged consumers who have any type of romaine lettuce in their home not to eat it and to throw it away, even if some of it was eaten and no one has gotten sick.

Persons suspected of having symptoms of a bacterial infection of any kind should always consult with their physician to come to the appropriate diagnosis of care, the statement from Lee’s office said.

Thirty-two illnesses have been reported in 11 US states, including 13 people who have been hospitalised. One person developed haemolytic uremic syndrome, a type of kidney failure. No deaths have been reported. Epidemiologic evidence in the United States and Canada indicates that romaine lettuce is a likely source of the outbreak. Illnesses started on dates ranging from October 8 to October 31.