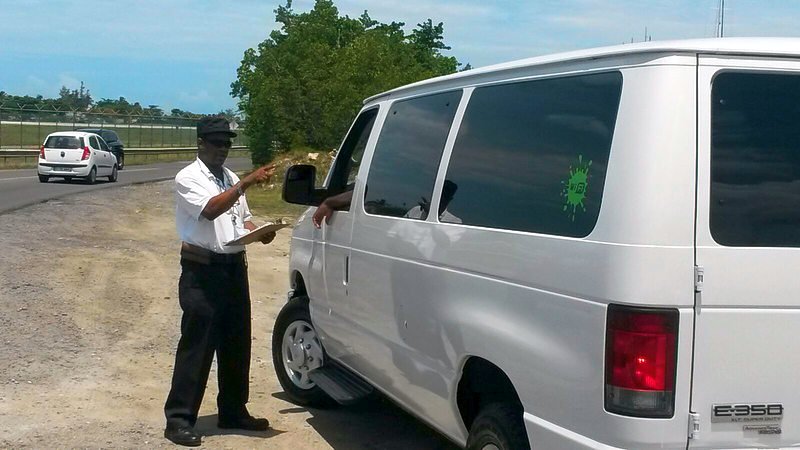 PHILIPSBURG–Ministry of Tourism, Economic Affairs, Transport and Telecommunications (TEATT) Transportation Control Unit controllers carried out a control at several locations in Simpson Bay and Cole Bay on May 27.

Controllers conducted inspections on both sides of the causeway for two hours. A total of 45 vehicles were controlled and two were issued fines. Ten of the total controlled vehicles were public buses and two were taxis. The fines issued were for tint darker than the allowable limit and driving without a seatbelt.

Only persons who possess Dutch nationality are allowed to operate on the French side of the island. This condition is clearly stated on the public transportation permit. If the permit-holder does not abide by the conditions of the document, he or she is deemed to have operated without permission, which can result in sanctions being taken against him or her up to and including revocation of said permit by the TEATT Minister.

Questions regarding the policy may be answered by contacting the department at 542-4511 or 542-4509, or by sending an email to