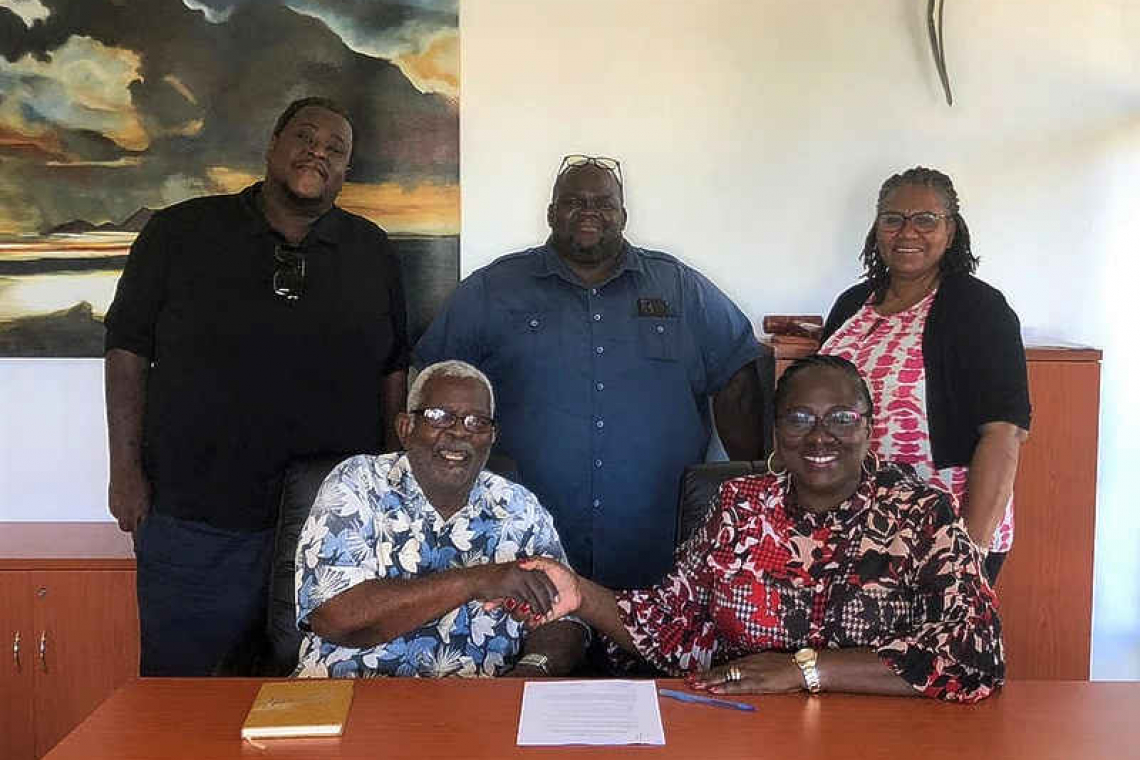 ST. EUSTATIUS–The public entity St. Eustatius and St. Eustatius Social and Welfare Work Association signed a letter of intent (LOI) Friday, May 7, with the objective to collaborate in supporting and initiating social activities at William and Christine Flanders Community Center, the foundation’s property. The collaboration is to improve the current state of the building and its facilities, which need renovation.

By signing the LOI, both the public entity and the foundation recognise the social importance of the community centre to the general public, specifically the youth.

The agreement is limited to the community centre, thereby excluding other facilities the foundation owns or is responsible for.

The centre on Rosemary Lane has played a central role in Statia since it was founded in 1963. It was extended twice and, as there were no other facilities on the island at the time, it was “the place to be.”

Now, almost 20 years later, the centre needs revival. Board members took the initiative to empower a new generation of volunteers to step up, to gain and share experience in running the community centre.

A committee was formed consisting of five members ages 32-46 years. With the committee, a new generation has emerged to preserve the programming and management of the facilities for future generations, with the board’s support.

The facilities offer a wide range of opportunities, from talent shows, sports tournaments, bingo nights, concerts and events, to activities for youth.

To achieve the community centre’s objectives, the public entity allocates funding in addition to approved funding the committee was able to obtain from Oranje Fonds, which is part of the Cooperating Funds Caribbean, founded to support social initiatives in the Caribbean part of the Dutch Kingdom.