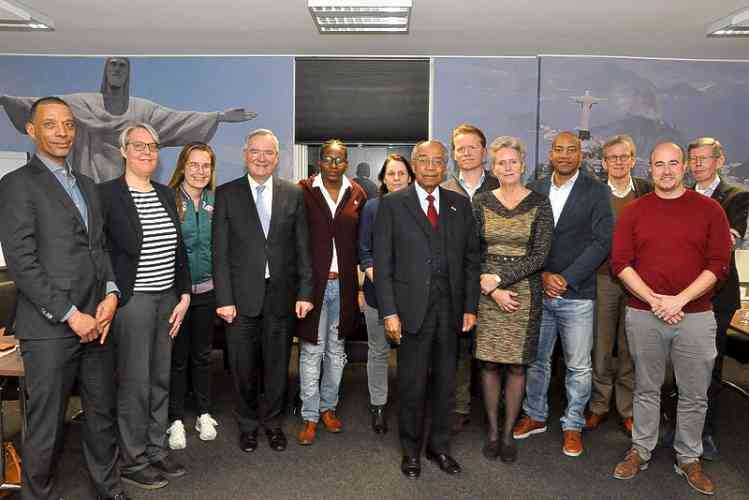 UTRECHT–A number of organisations in the Netherlands, many of them with St. Maarten roots, have shown interest in setting up community projects in St. Maarten with the financing of the Dutch National Disaster Fund NRF.

The organisations Unified St. Maarten Connection (USC), Rebuild SXM, Foundation Open Scape, Soualiga Foundation, Pearl Wave Heroes, Cordaid, and United Nations Children Fund UNICEF Nederland attended an information evening in Utrecht on Monday.
The information evening followed the recent announcement by the NRF that it was making a maximum of two million euros available towards the recovery of St. Maarten, St. Eustatius and Saba after the September 2017 hurricanes, with an emphasis on strengthening the social fabric, or “reinforcing the cement,” as NRF Chairperson Clemence Ross van Dorp put it.

The idea is to get the projects off the ground within a short period. Acting quickly is possible because NRF is a relatively small fund without a back office. As such, the project proposals are handled within four to six weeks by a specially-assembled committee. NRF wants to keep the threshold low to give the smaller local organisations also a chance at securing funds for their projects.

About two-thirds of the NRF contribution will go towards local organisations. Local ownership is very important, said René Grotenhuis, Chairman of the ad-hoc committee that will assess the project proposals. Curaçao-born Gilbert Wawoe and Fred Claasen, whose family hails from the Dutch Caribbean, are on this committee, together with two other persons.

The two million euros NRF is making available from its own limited reserves is a small amount compared to the 550-million-euro Recovery Fund that has been reserved by the Dutch Government. Nevertheless, NRF is convinced that it can provide a valuable addition, to provide a helping hand, so to speak.

The projects should directly benefit the community, aiding at making society more sustainable and resilient. NRF will not invest in major infrastructural projects, noted Ross van Dorp. That excludes the reconstruction of basic facilities, as well as the homes of individuals.

Also, NRF-sponsored projects cannot be duplications of already existing projects or run parallel to them. The projects have to be realised within 1.5 years. The idea is not to create a long-term development programme, said Grotenhuis.

The organisations present during Monday’s information evening had the opportunity to introduce themselves and to explain how they wanted to assist or in what manner they were already assisting St. Maarten. Even though the monies are also available for St. Eustatius and Saba, there were no organisations or persons representing these islands.
Edwina Hodge of USC explained that the USC is an organisation by and for students, active since 2005. It assists in preparing St. Maarten students before coming to the Netherlands to further their studies. Adolescents ages 16-18 are an important but often forgotten group that could use extra attention after the hurricanes, said Hodge.

Michel Williams of Rebuild SXM, an organisation consisting of young St. Maarten professionals in the Netherlands, explained that Rebuild SXM had been launched right after Hurricane Irma. “Doing nothing was not an option,” said Williams, noting that the distribution of the first container-load of relief goods for public schools and sports organisations would take place this week. Rebuild SXM wants to do more and could use help with the execution of phases two and three, said Williams.

Adrien Busby of Foundation Open Sky remarked that after Hurricane Irma, his foundation, making use of its network, had assisted with the logistics of various donations from the Netherlands to St. Maarten. Many of these donations involved schools and animal welfare foundations.

Soualiga Foundation, which Busby also represented at the meeting, wants to focus on the elderly and children, and on making a connection between these two age groups. Busby emphatically thanked NRF for its initiative. “It will help the local organisations to touch on people who otherwise would have been overlooked,” he said.

Maartje Bakker of Parelgolf and Pearl Wave Heroes has worked in St. Maarten and still has many contacts on the island that she wants to use to set up psycho-social assistance and coaching for children. She said she had already done the fieldwork for such a project and her wish would be to start a pilot this summer.

Anne Valkering of UNICEF said her colleagues were already working in St. Maarten on several projects involving schools and children. One of these projects entails the providing of psycho-social counselling for children and the processing of traumas. UNICEF is also involved in a project to make the schools more hurricane-resistant and furthermore assists the local juvenile protection services.

Inge Leuverink of Cordaid, a Dutch organisation that assists people in need worldwide, works together with St. Maarten Development Fund (SMDF) and wants to continue to help strengthen the communities on the island. Shortly after Hurricane Irma, Cordaid and its larger sister fund Caritas distributed some 2,000 tarpaulins in the poorer districts in coordination with the local community councils.

The last national calamity that called NRF into action was the fireworks disaster in Enschede in the year 2000. Although St. Maarten is not part of the Netherlands, NRF felt compelled to assist the island. Besides that sense of moral obligation, several NRF board members have affiliations with the Dutch Caribbean.

Ross van Dorp said she had visited the islands several times when she was State Secretary of Public Health from 2002 to 2007. She has been to the islands many times after, especially with one daughter living in Bonaire and another daughter in Curaçao. “The islands are very different from each other, but they all have fantastic people. The St. Maarten people have shown great strength and resilience after the hurricanes,” she said.
NRF Secretary Geert Jan Hamilton has visited the islands several times in his capacity of Registrar (“griffier”) of the First Chamber of the Dutch Parliament. The last time he visited St. Maarten was in January 2018 with the Chairpersons of the First and Second Chambers of the Dutch Parliament. Hamilton said he had been struck by the people’s resilience to clean up and restore their island. “The situation in St. Maarten was a good moment for the National Disaster Fund to get actively involved,” he said.

NRF Treasurer Lodewijk van der Kroft explained that NRF was actually a dormant fund that springs into action in case of a national disaster. He said NRF has been in touch with the World Bank to coordinate efforts in St. Maarten’s recovery process. “We still want to contribute, even though our budget is much smaller than that of the Recovery Fund,” he said.

Goods and Service Tax introduced to public | THE DAILY HERALD 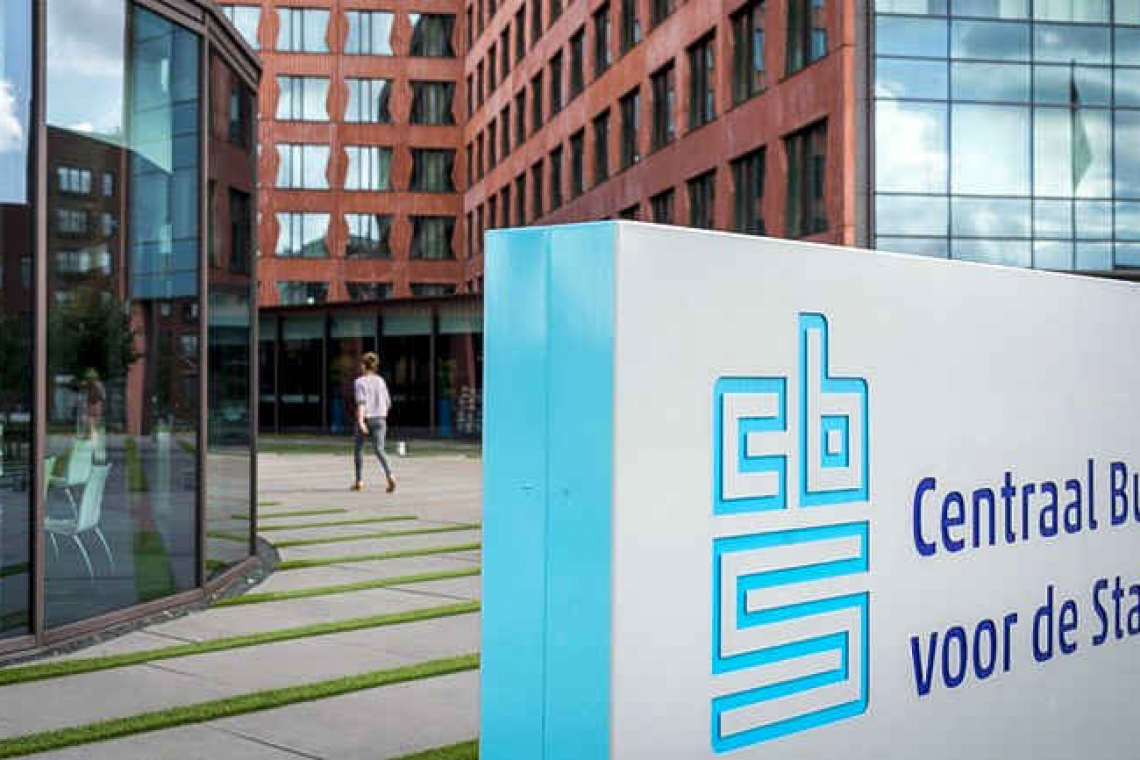 February 25, 2021
0
SABA/STATIA/BONAIRE--Statistics Netherlands CBS will carry out a survey on production revenues and cost in the Caribbean Netherlands, the National Accounts Survey 2019, during the...