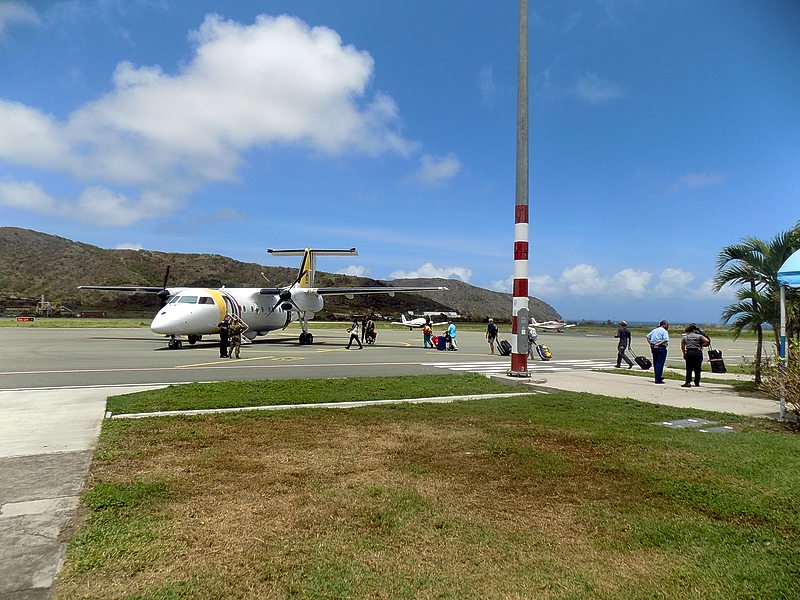 ST. EUSTATIUS–Eight stranded international passengers were flown out of St. Eustatius to Curaçao aboard a Coast Guard aircraft on Monday.

A young man due to travel back to the Netherlands today, Tuesday, received information about the flight some 10 minutes before it touched down at F.D. Roosevelt Airport. He told The Daily Herald at the airport that Dutch Royal Marine Joost Wijker had said, “Sir, today is your lucky day … someone cancelled and that’s how you can be fitted in.”
Also on the flight was one of the “wise men” tasked with helping with the constitutional conflicts between Statia and the Netherlands. Fredis Refunjol said he had been through hurricanes in the past, but never like this one.
In spite of the storm, he and fellow wise man Jan Franssen spoke to a few persons as part of their fact-finding mission. Their visit was hindered by the passing of Hurricane Irma. Refunjol travelled from Curacao to Aruba. Franssen had already left the island via private aircraft to Guadeloupe en route to the Netherlands.
Island Councilman Clyde van Putten was also at the airport with family members who came to see their loved ones off on their trip.
Dutch medical personnel on the island during Irma assisted at Queen Beatrix Medical Center and left aboard the flight to the Netherlands.