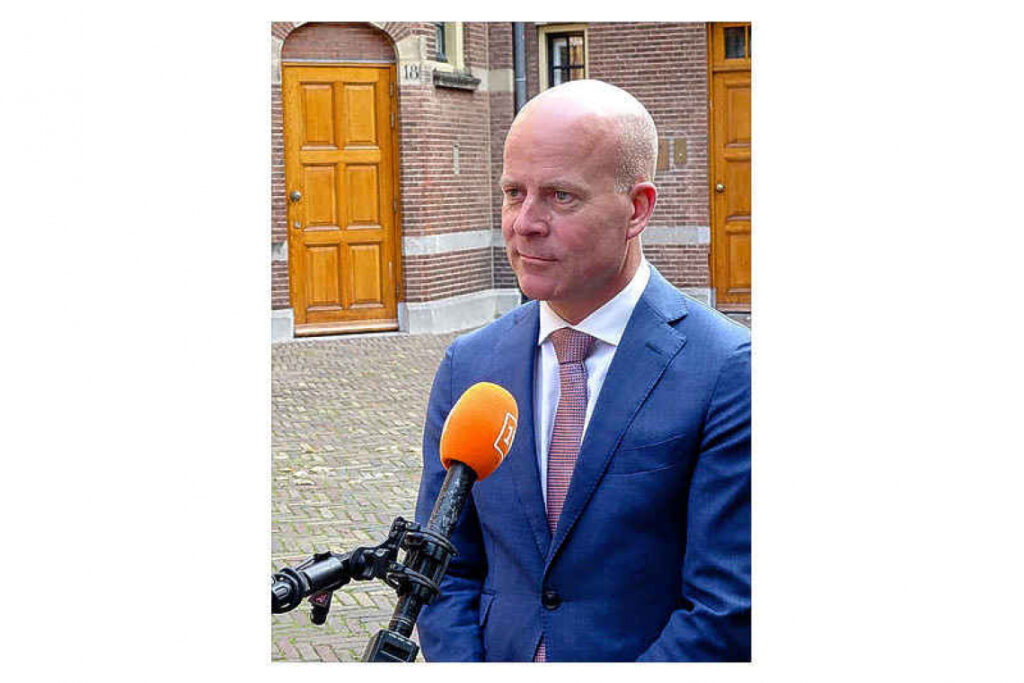 THE HAGUE–Intervention aimed at offering support, removing obstructions where possible and keeping the pressure on the St. Maarten government and the World Bank remains the approach of the Dutch government in the island’s reconstruction process since Hurricane Irma struck more than three years ago.

In a letter that Dutch State Secretary of Home Affairs and Kingdom Relations Raymond Knops sent to the Second Chamber of the Dutch Parliament last Friday, along with the St. Maarten Trust Fund Semi-Annual Report 2020, Knops provided an update on the reconstruction process.

Despite the adverse influence of external events in the first half of 2020, such as the change of the local government in March following the January elections and the COVID-19 pandemic which hit in March, progress has been made in the reconstruction.

In total, there are eight projects in execution with a total financial value of 230.6 million euros (almost US $269 million). The total deposited finances amount to 262 million euros (US $305 million). While the payments were a bit slow initially, there is a clearly ascending line since March.

“Based on the eight projects in execution, I expect to transfer the third tranche of 90 million euros (US $105 million) still this year and a fourth tranche in 2021,” stated Knops. After Hurricane Irma, the Dutch government allocated 470 million euros (US $553.4 million) to St. Maarten’s reconstruction through the Trust Fund which is managed by the World Bank.

The eight projects currently in execution concern the repair of homes, schools and shelters; the reconstruction of the airport; waste management (two projects); training and financial support programme; (re)construction of the hospital; Enterprise Support Project; and resources for community resilience.

However, the pandemic did slow down several projects because international staff and hired experts could not travel to the island for a while, and some are still only available from a distance. Knops said he shared the concerns of the Dutch Parliament that the reconstruction was going more slowly than desired.

“It is in the interest of the St. Maarten population that the projects are completed within an acceptable period. And even though St. Maarten and the World Bank are responsible for the execution of the projects, the monitoring of the progress and intervention, where possible, have my continuous attention,” stated Knops.

According to the state secretary, in general, St. Maarten is challenged by certain weaknesses that are inherent to small island states, such as a limited market, dependence on imported products, a restricted professional work force, narrow insurance and financial possibilities of local banks, and a government with incomplete execution capacity and lacking necessary expertise.

“In practice, this means that local companies are often insufficiently equipped to come into consideration for large infrastructure projects. Aside from that, there are often lengthy procedures for work and residency permits. The procedures of the World Bank are experienced as complex and time-consuming.”

The St. Maarten government also plays a detrimental role, stated Knops. “I conclude that the lack of decisiveness and even opposition from the side of St. Maarten is leading to a delay in the realisation of a number of projects. The project to reconstruct the airport is one such example.”

Interventions from the side of the Netherlands focus on supporting St. Maarten through technical assistance, by removing obstructions where possible, and keeping the pressure on St. Maarten and the World Bank to be decisive, by focusing on priority projects, creativity and pragmatism. Knops said he had spoken with the St. Maarten government several times when actions as to projects were lacking, and that he would keep doing so.

One intervention concerns the plans to establish a local office of the World Bank in St. Maarten. According to Knops, such an office would strengthen the cooperation between the World Bank and St. Maarten. “Local presence offers the possibility to recognise bottlenecks at an early stage, to build and maintain a network and to directly intervene.”

The agreement to enable the establishment of such a local office requires an adaptation of St. Maarten’s tax legislation. The double taxation that foreign companies and consultants involved in executing Trust Fund projects face can be solved with adapted legislation. The World Bank is ready to set up this office once the agreement is in place.

The Dutch government has offered technical assistance to facilitate this process and the tax legislation adaptation could be handled by the St. Maarten Parliament in the short term. “It is up to St. Maarten to get this legislation implemented as soon as possible in the interest of the progress of the projects’ execution,” stated Knops.

The Netherlands also supports the St. Maarten government and the National Recovery Program Bureau (NRPB) with additional capacity and specific expertise. The St. Maarten government has been reminded of its responsibility with regard to speeding up the process of issuing work and residency permits and business licences for foreign workers and companies.

The state secretary noted that consultations with the World Bank continued to discuss possibilities to speed up the reconstruction, for example, by looking for pragmatic solutions to bottlenecks in tendering trajectories. This has resulted in four shelters still being completed by late August.

Knops stated that unfortunately, the execution and implementation of projects was still going more slowly than he had hoped. “The continuous monitoring of the progress of projects and intervention where possible is and remains necessary.” He stated that the pandemic would also keep having an adverse effect on the reconstruction.