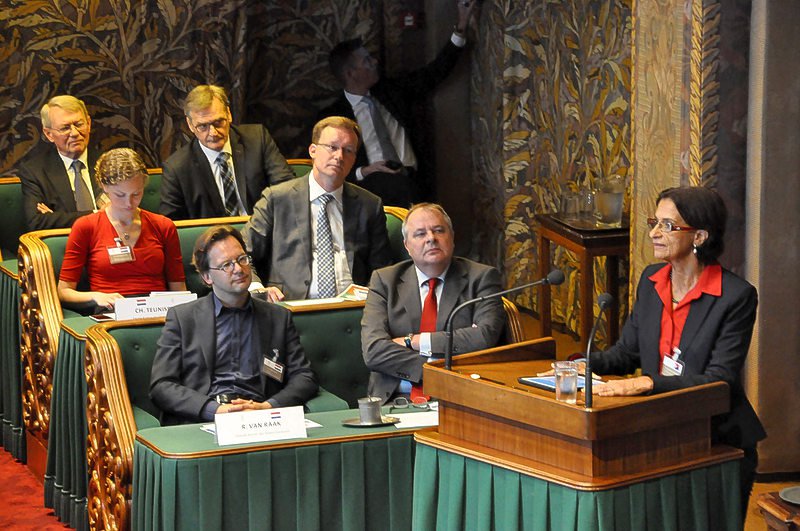 THE HAGUE–Chances are that the Inter-Parliamentary Consultation of the Kingdom, the IPKO, might not go ahead in The Hague late May/early June due to the Curaçao elections and the installation of a new Parliament in that country.

The dilemma whether to have the upcoming IPKO proceed or not came up during a procedural meeting of the Permanent Committee for Kingdom Relations of the Second Chamber of the Dutch Parliament on Wednesday.

It was agreed to authorise temporary Committee Chairman Paul van Meenen to coordinate with the First Chamber of the Dutch Parliament and the Curaçao Parliament. The Senate’s Permanent Committee for Kingdom Relations took a similar decision on Tuesday, mandating its Chairman Ruard Ganzevoort to enter consultations about the IPKO. Clarity on this issue is needed shortly for logistical reasons.

The Dutch Parliament kept the option open to also discuss the matter with the Parliaments of Aruba and St. Maarten. However, in first instance, the Curaçao Parliament will be consulted to see whether it makes sense to have the IPKO so close after the April 28 elections and the installation of the new Parliament mid-May.

Member of the Second Chamber Ronald van Raak of the Socialist Party (SP) suggested during Wednesday’s meeting not to have the IPKO, which is slated for May 30-June 2, take place without the delegation of the Curaçao Parliament in attendance.

“The IPKO should include all countries, or we should not have an IPKO at all. I am not in favour of a half IPKO,” he said. The other Committee members seemed to agree with Van Raak’s suggestion. Chairman Van Meenen will take this suggestion with him in the consultation with Willemstad.

The Committee approved a request of Member of Parliament (MP) Van Raak to seek a response of Dutch Prime Minister Mark Rutte on the letter that the St. Eustatius Government had sent to Rutte earlier this year regarding Statia’s wish for more autonomy.

“St. Eustatius has indicated that it wants more independence, but so far it has received no response to the letter that it sent to the Prime Minister. It would be useful to have that response, otherwise it would be very strange to meet with the Statia delegation while there is a big pink elephant in the room,” said Van Raak.

The Kingdom Relations Committee further decided to request Minister of Home Affairs and Kingdom Relations Ronald Plasterk to keep the Parliament abreast of the developments in the process of appointing a new (interim) Island Governor for St. Eustatius.

The Committee met in a new setting on Wednesday following some changes as a result of the March 15 Parliamentary elections. Van Meenen of the Democratic Party D66 temporarily chairs the Committee after the departure of former Chairman Jeroen Recourt of the Labour Party PvdA

who was not re-elected into Parliament. More clarity on a new Committee Chairperson is expected after the formation talks have been completed.