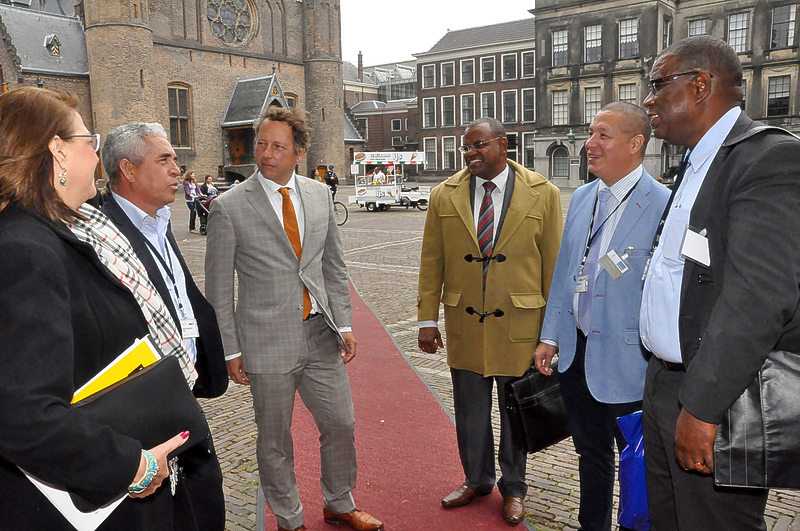 THE HAGUE–In the interest of continuity it has been decided that the Inter-Parliamentary Consultation of the Kingdom IPKO will proceed in Curaçao in January 2017.

Representatives of the Parliaments of the Netherlands, Aruba, Curaçao and St. Maarten made this decision during a video-conference on Tuesday. The IPKO will go ahead, be it in an adapted format, in a more informal manner without the customary decision list.

The host country Curaçao last month proposed to postpone the IPKO for a few weeks, at least until the elections for a new Second Chamber of the Dutch Parliament had taken place mid-March 2017.

Aside from the Dutch elections, the Curaçao Parliament also contended that as a result of the elections in Curaçao and St. Maarten, the Parliaments of these countries had several new members who still needed to get accustomed to their jobs.

According to Chairman of the Permanent Committee for Inter-Parliamentary Relations, Kingdom Relations and Foreign Affairs Jaime Cordoba, the outcome of the Curaçao elections created an unforeseen situation with half of the Curaçao Parliament consisting of new members.

The changes at the Curaçao and St. Maarten Parliaments will surely affect the composition of the delegations that will take part in the upcoming IPKO and in the case of Curaçao it means that a large part of the involved Permanent Committee will be replaced by members who have no experience with the IPKO.

However, in the interest of continuity, it was decided to go ahead with the IPKO which will take place January 10-13. The upcoming IPKO will mainly serve as a platform for the members of the four Parliaments to get acquainted, especially for the newcomers.

Chairman of the Second Chamber’s Permanent Committee for Kingdom Relations Jeroen Recourt said that getting acquainted was not the only objective. “It will be a bit more substantial than that,” he told The Daily Herald.

Topics that almost surely will be discussed and that were already planned for the next IPKO include the status of the still-to-be-established Dispute Regulation for the Kingdom, the follow-up to the Paris Climate Accord and the consequences of global warming for the countries in the Kingdom, and economic development.

“We have decided that it is important as Parliaments to maintain the good relations. The IPKO will not focus on taking decisions, and it will have a more informal character,” said Recourt, who stressed that Tuesday’s video-conference with the new Presidents of Parliament Humphrey Davelaar (Curaçao), Mervin Wyatt-Ras (Aruba) and Claret Connor (St. Maarten) had taken place in a good atmosphere.

Parties will continue to work on the agenda for the January 2017 IPKO and there will be another video-conference early December. Meanwhile, the Parliaments will continue to prepare their delegations. The IPKO will include a few presentations of projects in Curaçao and several working visits.