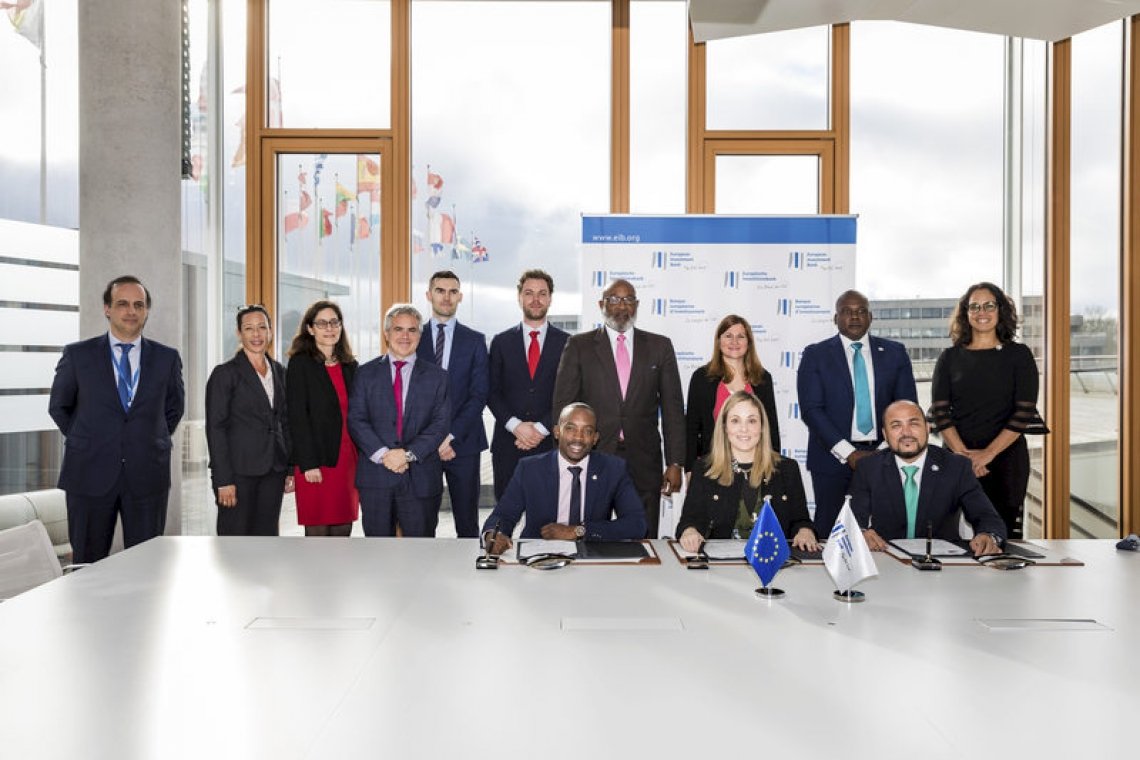 The main purpose of the “high-level” visit was to “cross the Ts and dot the I’s” on the US $50 million loan that the Government of St. Maarten signed with EIB for PJIA. The loan will be provided to the Airport under “very favourable” conditions with a grace period of five years and a subsidized interest percentage of around 2.5 to 3 per cent.

As one of the principal financiers for the Airport Terminal Reconstruction Project, the EIB will be an important partner for the country and the Airport in the years to come, it was stated in a press release on Monday.

Irion thanked EIB and in particular EIB’s Vice-President for the Caribbean Emma Navarro for the EIB’s support: ‘I am very grateful for this unique opportunity to work with a triple-A institution like the EIB. Together with the US $72 million grant from the St. Maarten Trust Fund, the technical assistance of the World Bank and the release of the insurance proceeds, the EIB’s loan will allow PJIA to return the Terminal Building to its former glory and to look beyond at new horizons,” Irion said.

“The EIB is a very natural partner for the Airport, as the EIB already finances major operations in almost every major airport in Europe. Hopefully, this loan will be the first in a series of operations of the EIB with PJIA in order to finance future upgrades to our terminal facilities, including pre-clearance.”

During his visit, Minister Irion and National Recovery Programme Bureau (NRPB) Director Claret Connor discussed how the cooperation with EIB can also become beneficial for other investment projects for government and its government companies.

“The financing of the Airport project teaches us a very important lesson: we can and should use the Trust Fund to leverage more attractive funding for our island. The availability of more than half a billion US Dollars in grant money through the Trust Fund is an asset that we should use to our advantage. We can leverage the Trust Fund to obtain more attractive public and private funding for our projects. The involvement of triple-A institutions like the World Bank and the EIB, makes it more attractive for other financiers to chip-in. As Minister of Finance, my goal is always to follow the numbers and to do the math: we already have half a billion, but we need and can get more. My visit to the EIB, being the first official visit of the Government of St. Maarten to the EIB, serves this purpose as I strongly believe that the EIB can become an important partner to leverage the Trust Fund,” Irion said.

May 9, 2021
0
AIRPORT--Royal Schiphol Group has threatened to withdraw its support from the terminal reconstruction project as of July 15 if "proper corporate governance" is not...