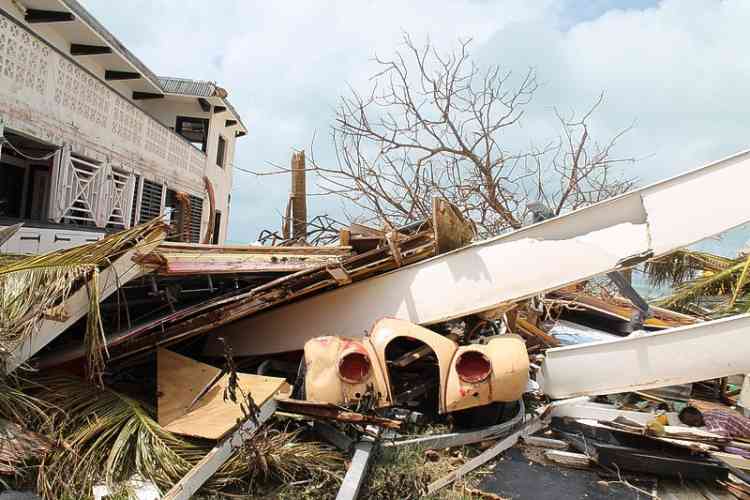 MARIGOT/PARIS–French Overseas Territories Minister Annick Girardin has met with President of Fédération Française de L’Assurance (FFA), Bernard Spitz in a concerted effort to speed up payment of insurance claims on both islands since the passing of Hurricane Irma on September 6, 2017.

It was noted that some 25,000 claims have been filed from the two islands at a cost of almost 1.83 billion euros, making Irma one of the most expensive climatic disasters in the history of France, a release from the Ministry stated.

As a reminder, 95 per cent of the buildings on both islands were damaged or destroyed and more than 10,000 insured vehicles were reported damaged or written off as wrecks.
Five months after the hurricanes, 65 per cent of policy holders’ claims in St. Martin have already been settled, or partially settled, and 57 per cent of claims settled in St. Barths.
Some 500 million euros have been paid out by insurance companies to their clients so far. However, the number of files settled represents a delay of some 50 days compared to other major disasters in the national territory.

Minister Girardin insisted on acceleration of payments to disaster victims so that reconstruction can speed up. She invited the insurance representatives to respond quickly to requests for compensation.
The FFA representatives noted that 90 per cent of assessments have already been completed and that will soon rise to 100 per cent, making it possible to accelerate payments.

However, they stressed the scale of the damage and situations of both islands posed new difficulties for insurers. Dispatching experts was delayed by cancellation of airlift. In addition, certain claims where there are co-owners take longer to process and 20 per cent of co-owners did not register with their insurance company.

Finally, 90 per cent of policyholders called for a second expert assessment whereas this generally stands at 10 per cent.