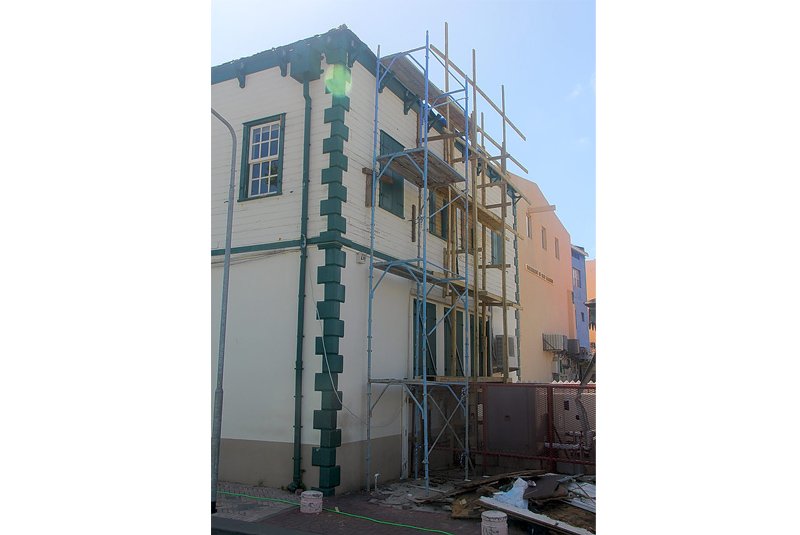 PHILIPSBURG–Hurricane Irma indirectly led to the postponement of Wednesday’s scheduled Court hearing in the so-called Mahi-Mahi case until December 13.

Attorney-at-law Hedy Kockx explained to the Court that the office of her colleague Brenda Brooks sustained some severe damage during Hurricane Irma.

As the Brooks law office is “totally destroyed” and the files of Mahi-Mahi suspects L.W. (39) and K.L. (34) were lost in the storm, Kockx requested the postponement of Wednesday’s hearing.

The two defendants, who are currently not held in detention, are suspected of involvement in a shooting that took place at The Westin St. Maarten Dawn Beach Resort and Spa parking lot on May 29, 2016. Both suspects were injured in the shootout, which took place at 10:00am.

The Prosecutor’s Office objected to any delay in the handling of their trial. He said he had already put his closing statements in writing and blamed their lawyer for letting things slide. Only on Tuesday had the defence filed a request for the case files, he stated.

This led the Prosecutor to the recommendation to turn down the request for postponement, as any delay was, in his eyes, caused by the defence’s “lax attitude” in this case.

The Judge, however, showed more understanding for the dire straits the law office is currently in, even though the lawyers could have acted sooner, he said.

In attaching more weight to the rights of suspects than to the Court’s time management, the Judge decided to grant a delay.