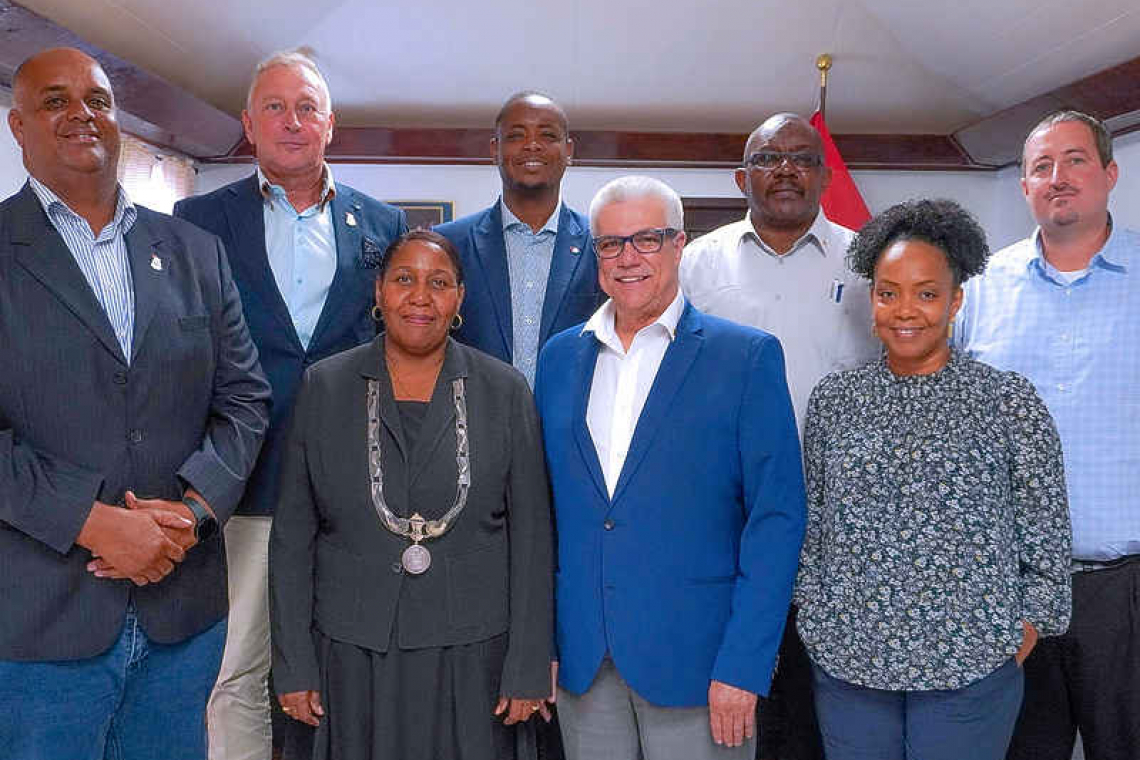 SABA–The Island Council wants to be given more time to duly respond to the Dutch government law proposal on Social Security and would like to see this response drafted together with Bonaire and St. Eustatius.

The Island Council unanimously adopted a motion to this extent during a meeting on Wednesday. The motion was submitted by Island Council Members Vito Charles and Carl Buncamper of the Windward Island’s People’s Movement (WIPM) party and is the result of a draft law on Social Security that Minister for Poverty Policy, Participation and Pensions Carola Schouten sent to the Executive Council for input on July 14.

Saba is expected to give its input on the law proposal, which addresses the direction of Social Security policy for Bonaire, Statia and Saba, by August 22.

According to the motion, the law, when implemented, will have an “immediate impact on vulnerable, low-income and fixed-income members of society.”

The Island Council found that for legislation with such a long-term impact it was imperative that sufficient opportunity is given to provide an in-depth and complete response. Having to provide a response by August 22, that sufficiently substantiates Saba’s situation was deemed “unfeasible and, therefore, unacceptable.”

The motion pointed out that the islands have been asking for a social minimum to be established to ensure that the level of Social Security benefits is set to an amount which ensures a dignified standard of living.

However, the draft law that Minister Schouten sent for input does not refer to a social minimum or a reasonable standard of living, and it does not create a Social Security system that is equal to or would be acceptable in the Netherlands.

“We have been knocking on all doors in The Hague for years, and 12 years later, there is still no social minimum. Still, the Dutch government wants to pass a law on Social Security and pensions that affects everyone in one way or the other,” said Charles, who presented the motion during the meeting to handle the 2021-year report.

In the motion it is stated that the draft law varies significantly from the Social Security provisions of the Netherlands, which only further exacerbates the inequality that exists within geographically different and distant parts of the Netherlands.

“The islands’ inhabitants are treated as second-class citizens and it is not acceptable,” said Charles.

The motion requests the Executive Council to ask the minister for more time to prepare a response, to get in touch with the governments of Bonaire and Statia to draft a joint response to the Social Security law proposal, and to keep the Island Council informed during the process.

“We need to consult with everyone and properly respond. The matter is too important. The law proposal addresses major changes and has a big impact on people. Why rush it? It is not right. I hope that with this motion, we will create room for reflection and consultation,” said Buncamper.

“If we do something, let us do it right and allow the islands, whose inhabitants feel the impact, to have a proper say,” said Charles.

Independent member Hemmie van Xanten said the motion definitely had his support. “The law proposal is extremely important, especially for vulnerable persons. We need to consult with the other islands and prepare a proper response,” he said.