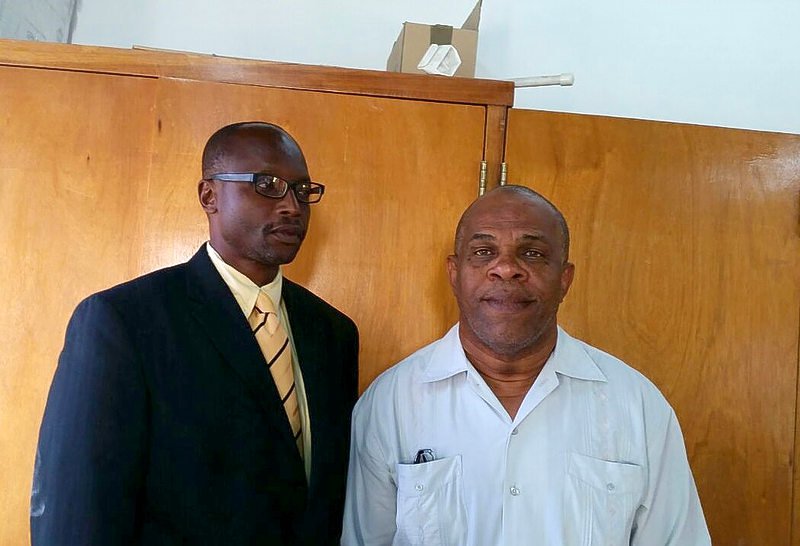 All five Island Councilmembers met with the Secretary General. Last Friday’s meeting was a follow-up to clear any misunderstandings that resulted from Van Zwol’s first visit to the island.

“It was a very fruitful meeting and many concrete proposals were made,” said Merkman. Among agreements reached were that Acting Island Governor Julian Woodley will continue in this function until a new Island Governor is appointed.

The process for the appointment of a new Governor will be started as soon as possible, said Merkman. “This process can take approximately six months.”

Dutch civil servants Jenny Thunnissen, Linda van de Watering and Sybren van Dam will be stationed on the island to function as liaisons between the Island Government and the Ministries in The Hague. The three will also offer their support to the Executive Council.

“It was also agreed to work with these three persons who were brought in to work at the Governor’s Office. We will keep a close eye on them, and as soon as they do anything different from what they were brought here to do, we will no longer be cooperating with them,” Merkman forewarned.

All Island Councilmembers, however, accepted the Dutch civil servants, “as we want to give them a chance to see if they are forthcoming with what they are saying,” Merkman said.

The outsourcing of the Finance Department was also discussed, and Van Zwol said he was inclined to approve this request.

A committee of two wise men will be selected to investigate the bottlenecks in the relationship between Statia and the Netherlands. They are to chair a mini roundtable conference during which the Executive Council, the Ministry of Home Affairs, and Committee for Financial Supervision CFT, are to discuss the “perceived dilemmas,” said Merkman.

“One wise man will be proposed by the Netherlands and the other by Statia. Within short, Van Zwol will lead a constitutional discussion with the stakeholders on the constitutional future of Statia,” Merkman stated.