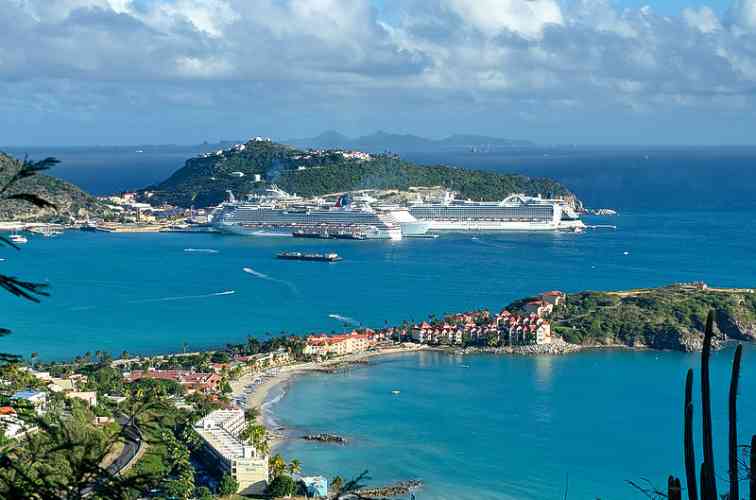 PORT–Royal Caribbean International is turning fifty this year and has St. Maarten as a port of call on its “50 Years Bold Birthday Cruise” aboard cruise ship Symphony of the Seas. The cruise set sail from Miami, Florida, on November 2.

The seven-night Eastern Caribbean cruise will stop at Royal Caribbean’s private island in the Bahamas, CocoCay, where there will be “special events and surprise performers.” Other ports where the celebratory cruise will stop are San Juan, Puerto Rico, and Philipsburg, St. Maarten.

Even though Royal Caribbean was founded in 1968 by three Norwegian shipping companies, its first ship, Song of Norway, actually began sailing in 1970. The line is now the world’s largest in terms of overall capacity with 10 of its 25 ships being among the biggest in the world.

The new ship has a two-deck-high family suite with a slide between floors, a revamped Boardwalk entertainment zone, a new laser tag attraction, and a new-for-Royal Caribbean seafood restaurant, as well as more cabins than its sibling. Moreover, Symphony can hold up to 6,680 passengers and sails with a crew of 2,200.