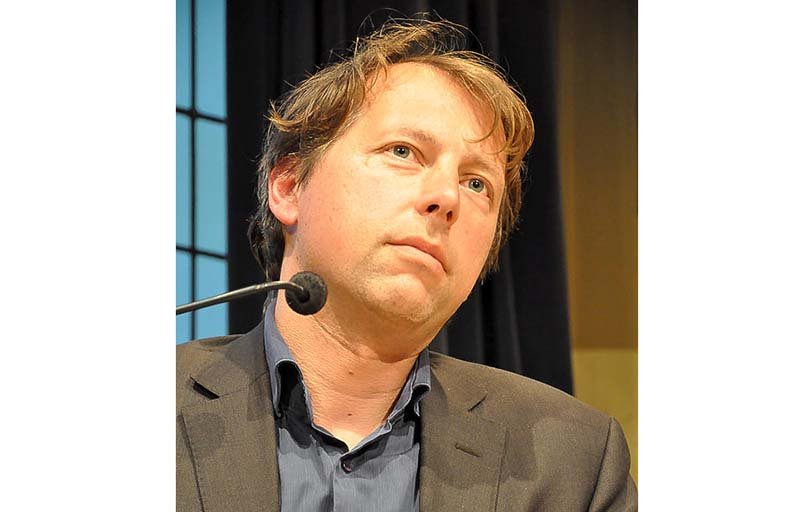 THE HAGUE–Members of the Second Chamber of the Dutch Parliament Jeroen Recourt and Roelof van Laar of the Labour Party PvdA on Monday demanded answers from the Dutch Government about the pending reduction of the pension payments of the Caribbean Netherlands Pension Fund PCN.

Responding to reports that the PCN is forced to lower its pensions by 3.5 per cent per April 1, 2017 with another 12 per cent looming in 2018, Recourt and Van Laar posed written questions to Minister of Home Affairs and Kingdom Relations Ronald Plasterk and State Secretary of Social Affairs and Labour Jetta Klijnsma. PCN is responsible for the pensions of government employees in Bonaire, St. Eustatius and Saba.

The reductions per April this year and in 2018, which will have a detrimental effect on pensioners in Bonaire, St. Eustatius and Saba, are the result of the strict supervision and coverage rules of the Dutch Central Bank DNB.

The Central Bank sticks to Dutch regulations, while at the time of the establishing of the PCN, the Dutch Government made use of the provisions under the then Netherlands Antilles law. This has put the PCN in a tough, unfair position, and it has resulted in a capital deficit of US $70 to 100 million.

For example, the PCN has to use a market interest of 2 per cent instead of the permanent 4 per cent used by the former Netherlands Antilles Pension Fund APNA. Also, DNB demands that the higher life expectation of the Netherlands is used as a standard. This means that the PCN has to pay out pensions for a longer period while it builds up capital at a slower rate.

The Dutch Government is said to have deposited too little capital when the PCN was established in 2010, caused by outdated provisions. Retired civil servants on the islands are now facing a pension cut of 3.5 per cent per April this year, followed by another 12 per cent next year if no solution is found.

PCN Chairman Harald Linkels is keeping the Netherlands responsible. In an interview with Caribbean Network he explained that PCN and the Dutch Government have not been able to arrive at an understanding.

In a recent article of the Financieele Dagblad newspaper Linkels said that neither the Ministry of Home Affairs and Kingdom Relations BZK nor the Ministry of Social Affairs and Labour SZW wants to take responsible for the financial gap. He said the negotiations were proceeding at a very slow rate and that no commitments were made from the side of the Netherlands.

Members of Parliament (MPs) Recourt and Van Laar have asked Minister Plasterk and State Secretary Klijnsma whether they were aware of these developments. They also wanted to know whether it was correct that aside from the stricter requirements for the coverage level, DBN has also reduced the term within this level must be achieved from ten to three years.

Recourt and Van Laar are concerned about the effects of the slash in the allowance for the pensioners. “Do you agree with us that this large reduction is highly detrimental for many pensioners in the Caribbean Netherlands, also because the old age pension in this part of the Netherlands is too low to survive on?”

The MPs want the Dutch Government to remedy the situation. “What role is the Netherlands willing to assume to solve or soften the direct financial blow for pensioners in the Caribbean Netherlands?”

Recourt and Van Laar also wanted to know whether it was correct that insufficient capital was deposited in the PCN in 2010, and if so what were the reasons for that action. Recourt visited Bonaire earlier this month to create awareness for the Dutch elections on March 15. He also used his time on the island to listen to the concerns of the people.

Pensioners on the islands have already received a letter from the PCN to announce the 3.5 per cent cut per April 1. The Dutch Caribbean Pensioners Union UPAH sent a letter to the Second Chamber’s Permanent Committee for Kingdom Relations late February to seek attention for the matter and to ask the Committee to intervene in the pensioners’ continued suffering.