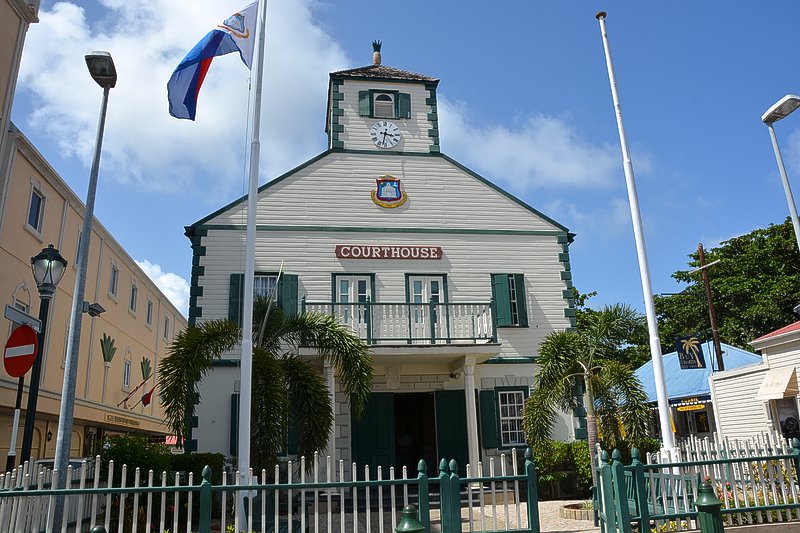 PHILIPSBURG–The Joint Court of Justice will be hearing the appeal of one of the men convicted of involvement in the armed robbery at Island Water World in Cole Bay on May 16, 2016. During a brief so-called pro forma hearing the Court set the appeal hearing for May 11.

Together with co-defendants Thuram Prince and Alex Louis, Diandro Martina received prison sentences for their involvement in the robbery. All three were sentenced by the Court of First Instance on December 7, 2016. A fourth suspect, Delongio W., was acquitted for his alleged part in the robbery.

Martina, who received 40 months in prison, 10 months of which were suspended, is the only suspect who filed for appeal. Last year, the Court considered it proven that the 21-year-old was one of the three robbers who stormed into Island Water World and threatened workers and took US $2,500 and two cell phones from the store.

The robbers acted like professionals during the robbery, forced the employees and clients at gunpoint to lie on the ground, keep quiet and fled in a white Toyota Yaris with cash and two cell phones.

Prince received 38 months, 10 months of which were suspended. He was only 17 years old when the armed robbery was committed, but was sentenced by the Court as an adult in light of the seriousness of the crime.

The Prosecutor’s Office had originally requested four years in jail for both Martina and Prince.

Alex Louis was found guilty of complicity to armed robbery and received a 30-month sentence, six months of which were suspended. The Prosecutor had asked for two years and six months against the 20-year-old.

Delongio W. was acquitted of all charges. The Prosecutor had asked for four years in jail in his case.